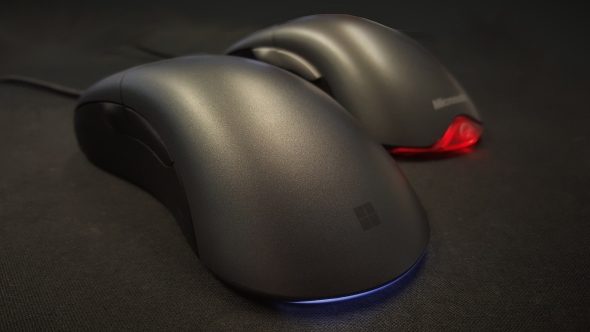 Microsoft has brought back its old Intellimouse design after around ten years in the wilderness, releasing the new Classic Intellimouse. So, what’s changed? Design-wise… nothing. In fact Microsoft actually used the original Intellimouse 3.0 CAD files from 2002 to manufacture the brand new rodent.

It was the only way Microsoft could “really pay the right respect and build the right product,”  Simon Dearsley, the devices design director at Microsoft, told me when I spoke to him about the new mouse. We also got to talk about what’s changed, and why now is the perfect time to bring back one of the most iconic old-school gaming mice from the beforetimes, the long, long ago.

Check out our pick of the best gaming mice on the planet right now.

“Actually, the only reason we stopped selling it sometime in the late 2000s,” explains Dearsley, “was because the original chipset supplier that supplies the sensor actually end-of-lifed the sensor platform. And, at the time, I think the company’s priorities were a little bit different and so we just decided to end-of-life the product.”

But with the huge interest in the Intellimouse design it’s now time to bring it back, most especially with the number of fans the mouse has in the Chinese gaming market.

“We did know that clones of it, and copies of it, are being sold in pretty large volumes in China, because there is a huge gaming market over there,” says Dearsley. “We just thought it was an interesting time for us to do something with our legacy and celebrate the technological changes that we’ve made in mice technology since then.”

I’ve still got the original optical beige Intellimouse in my desk drawer at home, and it’s still perfectly functional even after twenty years. It’s my regular back-up mouse when something happens to my current gaming rodent… such as finding itself sailing through the air and out of the window after a particularly galling result in my latest Football Manager career. 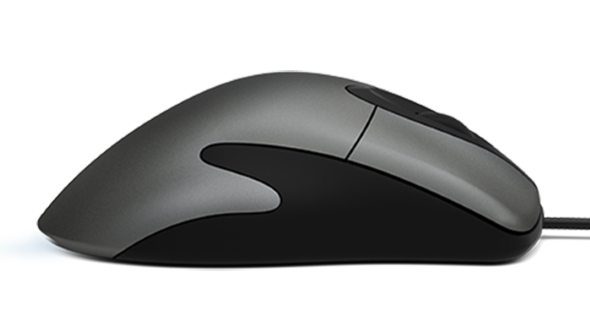 So, with a design classic like the robust Intellimouse how do you go about improving on it?

“So, initially from an industrial and design point of view, we approached it in one of two ways,” says Dearsley. “We thought we could either treat it almost like a Volkswagen Golf, or a BMW 3 Series, we could take that same underlying performance and evolve them. We quickly found that system wasn’t really going to work. Anything we tried to improve on just made it worse.”

Initially the design team tried to clean up the surfaces of the mouse and create the Intellimouse with the same design aesthetic Microsoft has used with the Precision Mouse and Surface Mouse. 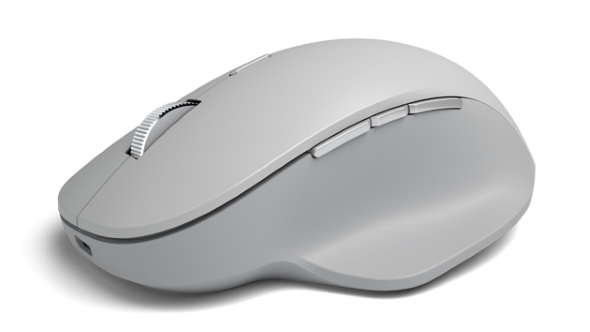 “We did try something a little bit like that with the Classic Intellimouse, just by taking away some of the very organic cut lines and part lines,” explains Dearsley. “But again, the underlying shape is so sculpted that it really needs those organic forms. It is a little bit like a trainer from the late nineties, with lots of curves. You see Nike bringing out products like that now, right? They’re all this sort of organic form, and just taking anything away from that just makes it worse.

“We decided that really the only way to really pay the right respect and build the right product was to use the original CAD files from back in 2002. We left those entirely alone.” 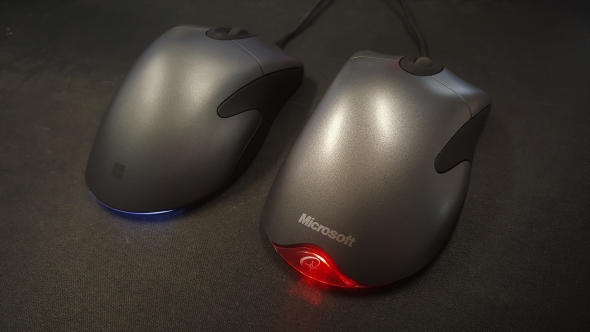 Under that classic hood though things have certainly changed. The most obvious change is the inclusion of the Microsoft Bluetrack Sensor, an optical tracker designed to work on virtually any opaque surface you could think of. It’s limited to a 3,200 DPI, which some have complained about given the 12,000 DPI levels of some gaming mice of today.

But who runs their mice at those rates anyway?

Microsoft has also beefed up the side switches too. But all that aside, it’s the same quality, long-lived Intellimouse you might have loved in the noughties.