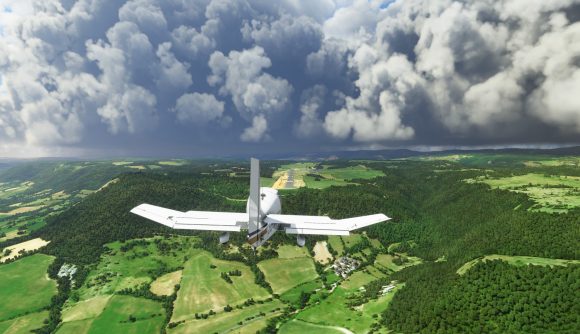 There’s another chunky patch headed to Microsoft Flight Simulator early next week, developer Asobo Studio has announced in a development update on the simulation game’s site. Officially called Update 4, the incoming patch arrives October 13, bursting with bug fixes, new offerings on the plane game’s marketplace, and a whole batch of gameplay (or should that be simplay?) updates.

Full patch notes for the October 15 update aren’t available just yet, as the studio says it’ll post those when it goes live on that date, but there’s a brief rundown revealing what’s in store. First up, there’s a batch of bug fixes headed to the sim, which reach across the VFR Map plug-in, Avionics black screen, and more.

There’s also a hearty set of updates on the horizon, from what the preview indicates. MFS’ navigation, UI, aerodynamics, activity, and world are all due updates next week according to the dev post – and, available right now, there are also some additions to its marketplace. You can take a peep at these on the site – there are five new purchasable products in the marketplace. 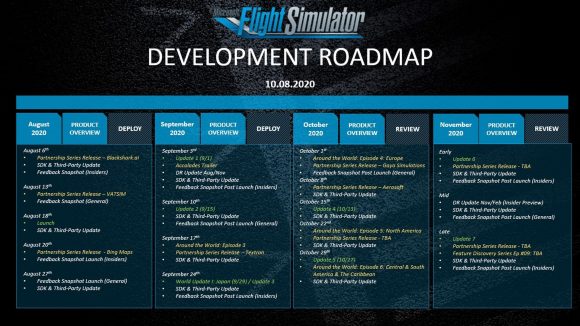 In-line with Microsoft Flight Sim’s 2020 roadmap (above), the October 15 update brings both an SDK and third-party update to the title. As for the former, there are updates on the progress of DevMode and WebAssembly.

On the latter, Asobo says: “Over 50 partners have already been approved and have either released content or are about to release content to the marketplace! With over three dozen airports and aircraft published in the first six weeks since the release of Microsoft Flight Simulator, the quality of the creations and the incredible enthusiasm of the creator community continue to exceed all our expectations. Dozens of new aircraft have been announced already and nearly 100 airports are in various stages of production and we can’t wait to try them all out in the sim soon!” 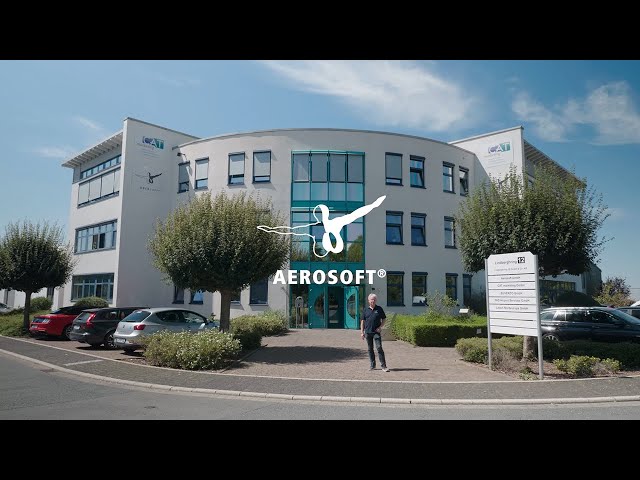 You can find the full blog post here – and keep an eye out next Tuesday, as the full patch notes will arrive then.