Jörg Neumann is enthusiastically sharing his idea of populating the new version of Microsoft Flight Simulator with ever more animals.

There’s a hint of mischief to the smile on the trained biologist’s face, as he suggests that various species could roam free on the surface that rolls along below as pilots soar through the clouds. Animals will in fact appear in the coming edition of the famous simulator series, but Neumann can’t resist thinking about pushing things further. He points out that individual animals on our real Earth are carrying transponders that can be used to populate Microsoft’s ambitious simulation, which is returning after a 14-year hiatus.

Martial Bossard, a peer and collaborator on Microsoft Flight Simulator, is listening carefully. He’s heard this suggestion before. A smile also tracks across his face, but it’s a more cautious one. The elephant in the room is that, while Microsoft Flight Simulator probably could populate itself with myriad more creatures after a few updates, all interacting with one another and responding to shifting weather patterns and even the passage of the seasons, why would it need to?

Neumann, Microsoft’s lead on the sim, and Bossard, co-founder and lead software engineer at Microsoft Flight Simulator developer Asobo Studio, have with their teams built a dynamic model of Earth. All of it. 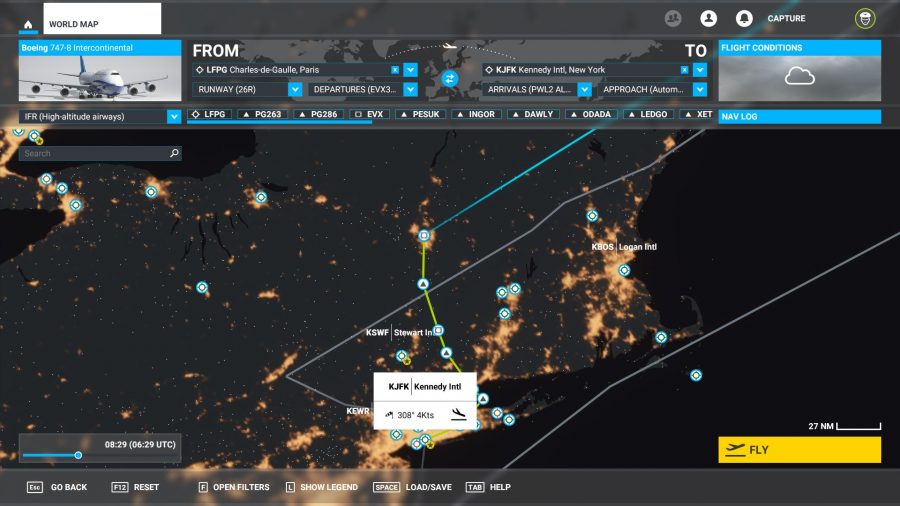 Data from satellites, weather stations, maps and more not only shape their virtual Earth, but frequently update it. A combination of hand crafting, machine learning, photogrammetry, and procedural generation have let the team create every city, road, river, and mountain on our home planet, down to individual buildings. You really should be able to fly over your own home in Microsoft Flight Simulator – providing that you live on the surface of the Earth.

The power of cloud computing, meanwhile, has been harnessed to detect and place trillions of trees, while weather systems are truly dynamic. A rainbow occurs if the right combination of water and sunlight meet in ideal circumstances. Wind and pressure affect the behaviour of water on this simulated Earth’s oceans. Shifting cloud cover affects visibility.

Developed as a traditional game – in which artists generally craft individual assets by hand – 2020’s Microsoft Flight Simulator would never be able to offer the scale or detail it does. That meant learning a new way to assemble interactive realms. 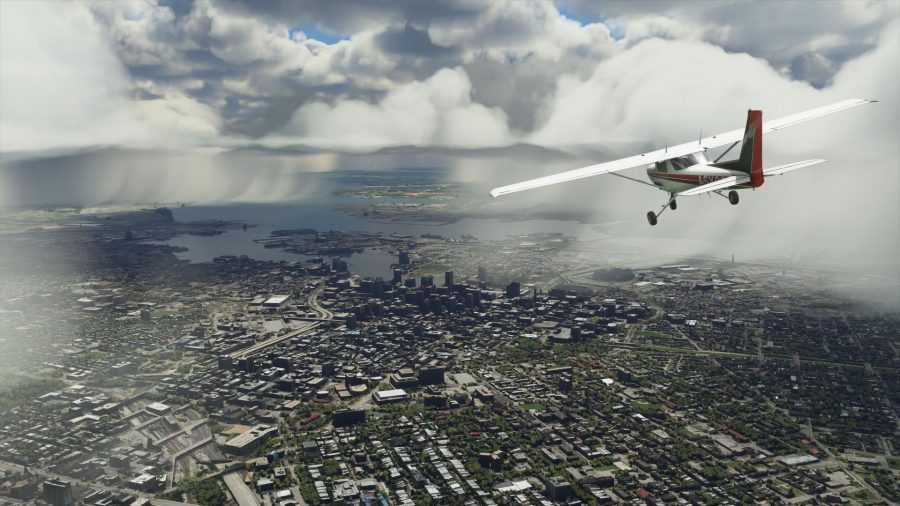 “We needed to find new techniques for bringing out those details,” Bossard tells us. “You’ve got different problems and different improvements to make, and you try different techniques and you build that up and you finally get to what we have right now. It’s not like the day-one design has been followed ever since. We’ve learned and developed things, and it keeps happening.”

In formation: The best plane games on PC

Building their own simulation of everything Earthly presents an opportunity that is almost immense beyond reason. There is so much that could be added to Microsoft Flight Simulator, and then there is the reality of getting it done. This is a release devotedly focused on civil aviation.

But shouldn’t gliders be added? And what about ekranoplans – the ground effect vehicles that fly at tremendous speeds a few feet above the sea? Couldn’t military missions be added, or boat simulator functionality? What about using the same model Earth to serve a traffic management strategy game? Might there be an entirely new genre possible, where players manipulate live weather systems? 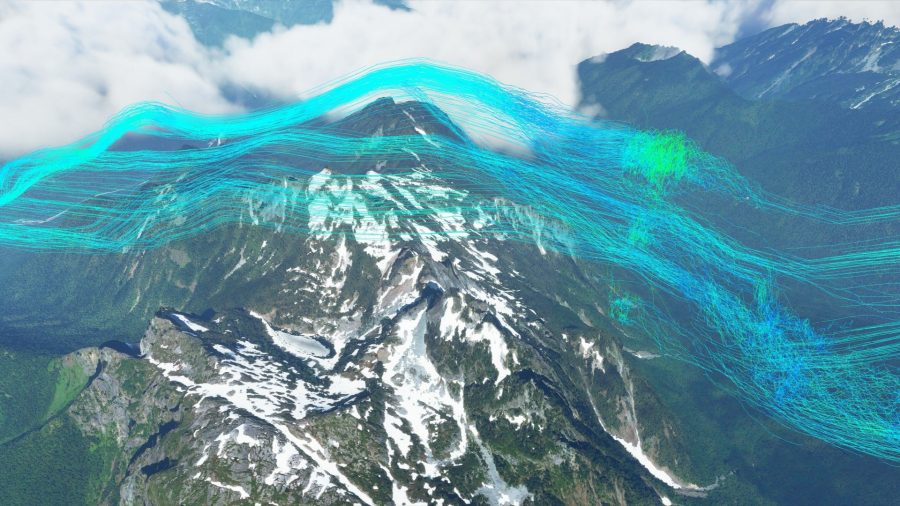 It’s all very exciting. But the thing is, Asobo and Microsoft do have a flight simulator to deliver.

“Fundamentally the kernel of what we’re doing is a sim for simmers,” Neumann asserts. “Clearly, we started with a flight sim and you need to be very focused on this because the flight simmers are so sophisticated, and they know exactly what they need, down to the infinitesimally small details. And we can’t just wander off and not do what they need – we have an obligation to give them that.

“And then whatever other stuff floats around? Sure. We have our own desires, the community has other desires, and we’ll listen to those things. And if as we oftentimes say we’re going to do this for ten years, I have no doubt we’re going to push into other areas. But we’re going to just do it carefully and make sure that the fans that are coming with us on this journey are happy. Listening carefully to them and prioritising – almost together as one – I think is the key.” 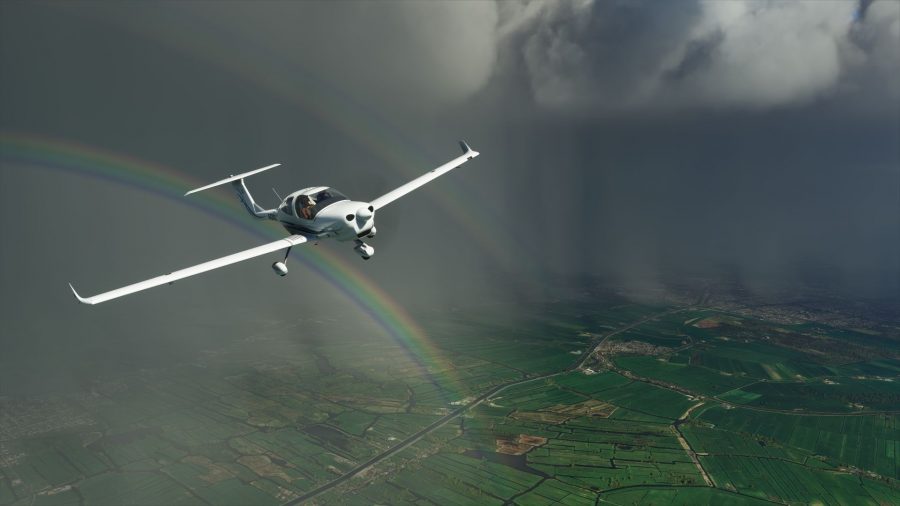 Plainly – and quite reasonably – Microsoft and Asobo aren’t making any promises, beyond giving you the entire world and a fleet of aeroplanes. And yet they have provided something else – a window on the future of simulations, and of games. Because if a detailed, real-time, 1:1 scale-model of Earth could one day be built, would any game or sim set on Earth need to be made from scratch again? And might we see a place where a game of FIFA plays out in a stadium, while a Microsoft Flight simmer passes overhead in a Cessna, and an indie narrative horror unfolds in neighbouring woodland?

We are surely a long, long way from such things. And yet Microsoft and Asobo are poised to demonstrate that grand, dynamic scale with a bounty of capacity for reinvention is entirely possible here in 2020. As for the push into other areas, only time will tell.