I could go anywhere. Within Microsoft Flight Simulator’s astonishing 1:1 scale simulation of, y’know, the actual planet Earth, the entire world is open to me. Soaring over the pyramids on the Giza Plateau is not outside the realms of possibility, nor watching the sunlight glint off my ailerons while cruising above the lowland rainforests of Borneo. I could even risk legal repercussions with a particularly gutsy low pass of the Golden Gate Bridge. But no. Instead, I’m sat on the drizzle-slicked runway of Bristol Airport, next to the A38, just south of the city I call home.

I couldn’t be more content with this situation. I often drive past BRS (or EGGD, for any ICAO adherents out there) in real life, on my way to blat along the roads around the Mendips and Cheddar Gorge. It’s rare for me to encounter a game which takes in my immediate surroundings, and there’s something uniformly, believably underwhelming about the domestic nature of this particular virtual outing which I can’t help but find irresistible. My flat’s only a few miles away (later, this reporter will crash mere streets away while trying to pinpoint it) and the landscape – desaturated as it is by the dull light penetrating an overcast sky – is comfortingly familiar.

That I can cruise above the city in which I live – itself the destination, fact fans, of Concorde’s last ever flight – somehow serves to underscore the dizzying scale of what’s on offer here. If I’m able to buzz my son’s primary school, just imagine what else is out there waiting to be discovered – and what other potential breaches of aviation law await. The mind boggles.

You’ll have to get off the ground first, though. Standing between you and that goal are loading times that accurately simulate the tedium of waiting for a delayed flight to begin. They’re excruciating – around 5m 30s from desktop to main menu by my watch, and then maybe another minute or four before you’re actually sat on a runway. And that’s on a good day. Things get a little better if you swallow your pride and plump for graphics settings a notch or two down from ultra, but you’re still going to have time to make a cup of tea, finish it, and then make another one. 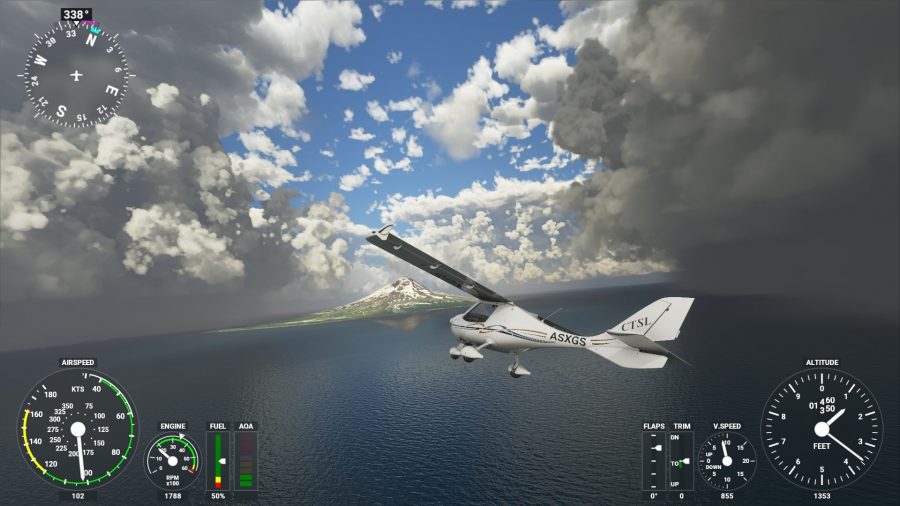 There’s the unfortunate spectre of crashes to desktop and hanging to contend with, too. Nvidia’s latest drivers have improved my ability to venture nearer the game’s more photogrammetry-heavy cities, and the crashes have certainly become less frequent for me since the game went live, but I still have to tread very carefully when it comes to, say, changing the weather in real time while simultaneously adjusting the trim on my DA40.

Other less severe issues – including UI elements briefly dropping out at the beginning of sessions, occasional long pauses as the game catches up with whatever I asked of it, random spikes in loading times, and pockets of stuttering frame rates – also mar the experience somewhat. I dread to think how my passengers feel.

Even so, despite such concerted efforts to make me yank the eject lever (it turns out Dreamliners don’t even have one – who knew?), I really can’t stay grumpy at MSFS for long. Sure, even this many days after launch I’ve probably spent more time staring at beautiful loading screens than I have in the air but, well, gosh – it’s pretty special up there when it works. 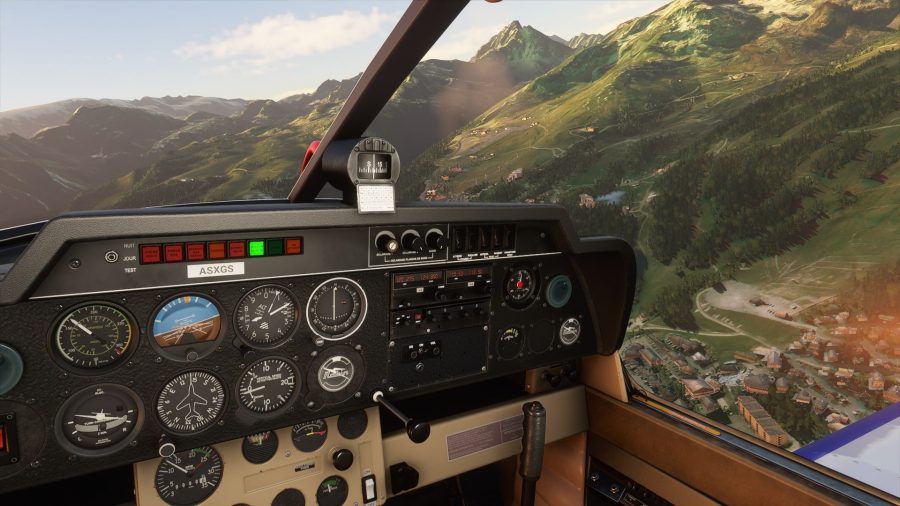 Developer Asobo Studio’s extraordinary endeavour is underpinned by a cocktail of technologies, including Bing Maps, photogrammetry, real-world meteorological and flight navigation data, Azure cloud computing, procedural and AI generation, and some good old-fashioned hand tweaking – somewhere in the region of 37,000 airports, apparently, have been directly edited by developers.

The flight model feels nuanced and convincing, irrespective of whether you’re rocking HOTAS and pedals or an Xbox controller. Wind buffets you on approach, smaller prop planes fidget and dance about in protest at your not-yet-smooth-enough inputs, and passenger jets’ wings flex and wobble as you push through the cloud cover to settle into a cruise attitude somewhere north of 30,000 feet.

It’s bewilderingly pretty at times, too. Peach-coloured clouds hug the misty, forested hills that undulate in the space between you and that sunrise. Light and shadow dance across detailed instrument panels as you make the final turn of a holding pattern that will line you up with the runway during a storm. And most cities – at least from a moderate height and in high-end or ultra – look impossibly detailed.

You’ll have to pick your destinations carefully depending on your hardware setup, however. Even the best rigs will struggle in some locations. If you’re a fan of single-digit frame rates, for instance, then New York should absolutely be on your list of places to visit. Dialling the visuals down to medium or even low still doesn’t result in a smoother experience, and it feels particularly painful to turn off all those lovely visual flourishes. San Francisco and Los Angeles, meanwhile (oh, and Bristol, UK, for that matter), will put considerably less stress on your rig.

Before you start a morbid tour of every major human settlement in order to figure out which ones will fry your graphics card, though, tackling the game’s modest suite of flight training missions is advisable. There are eight in all, taking you through the basics of in-flight controls, take-off and landing, and even planning and navigating full flights.

They will instil in you the essential principles of flight and help you to understand (most) of the active instruments in your plane, but you’ll still encounter many unfamiliar acronyms and panic-inducing alarms thereafter. 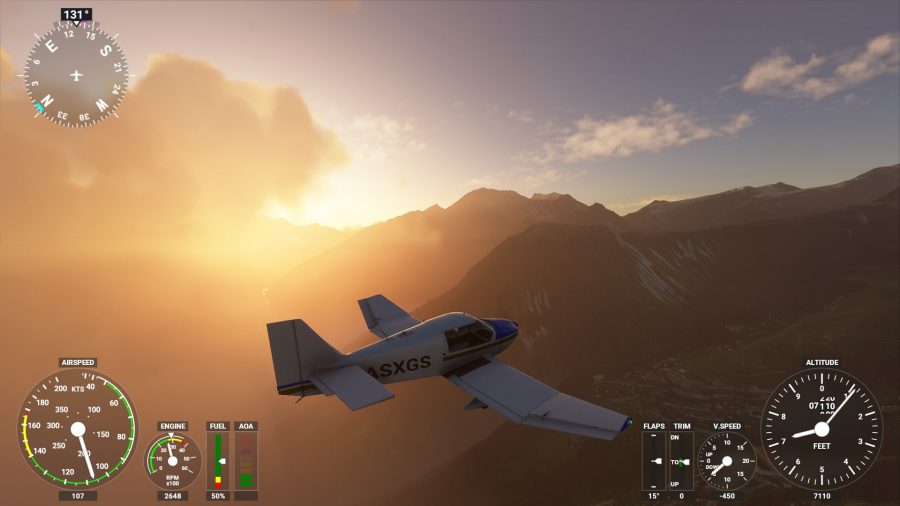 While these tutorials are a welcome presence – and Googl… err, I mean Binging unknown terminology isn’t exactly a hardship – it’s a shame more of the content in this dauntingly comprehensive simulation isn’t covered off in such appealingly bite-sized chunks. How to use the autopilot systems, for example, why ATC is important, or simply that the landing procedures and power-down thresholds you learn in your little Cessna aren’t relevant to every aircraft – not least the really big ones.

A similar lament can be levelled at the activities list. This handy playlist of things to do offers up 24 landing challenges – eight each in ‘famous’, ‘epic’, and ‘strong wind’ guises – and three ‘bush trips’, which are longer-form navigation challenges mixed with a bit of VFR (Bing it, noob) sightseeing. The landing challenges sport an elaborate scoring system which takes into account your landing smoothness, precision, and ground roll, and competing in global leaderboards against friends and other pilots from around the world is hugely entertaining. 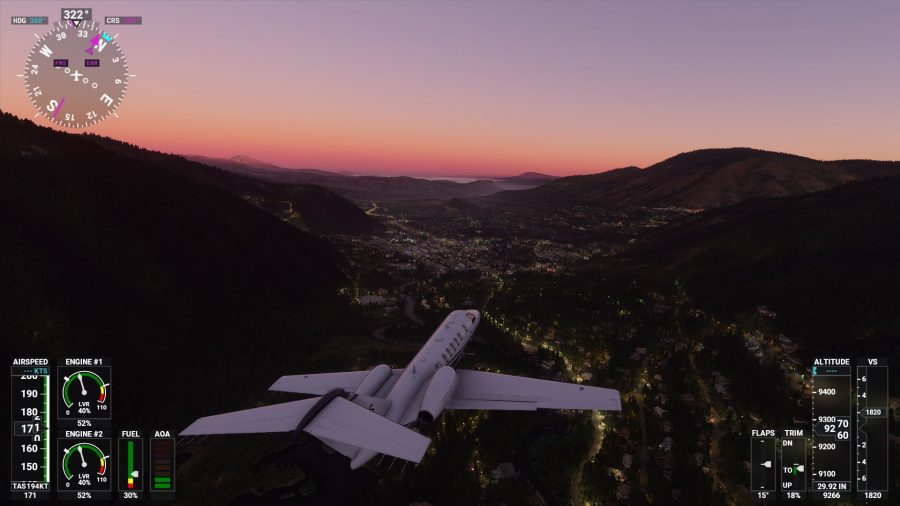 I dearly hope that the creation of more of these, along with other types of events, is near the top of Asobo’s launch window priority list. What’s here is absolutely brilliant, but you’ll burn through them quickly – unless, that is, you alight on the JFK or Toronto landing challenges, which take significantly longer to complete at seven frames per second.

For now, creatively minded pilots can make their own fun and flight plans using the highly malleable world map. This is where MSFS’s greatest appeal lurks. You can pick from thousands of airports and places of interest, then assign them as either departure or arrival destinations, or just create a custom departure point anywhere on the globe and start in the air.

You can also adjust the time of day and weather conditions, going from clear mornings to midnight lightning storms, or use live settings to experience the here (or there) and now. This Earth-sized sandbox also recontextualises those leisurely loading times: once in, you won’t have to leave for hours. 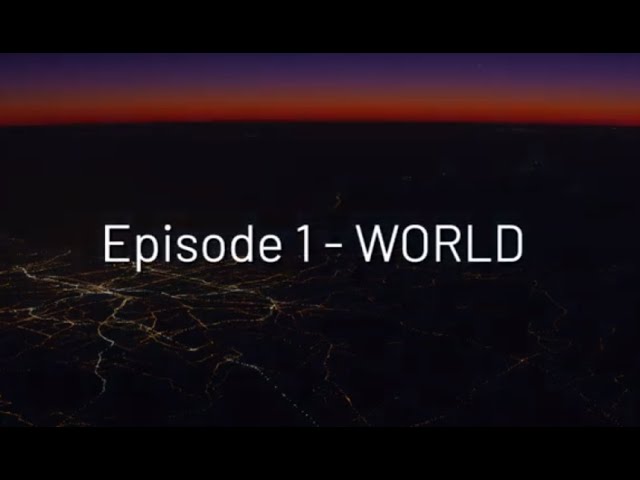 Part of the reason for this is the fantastic live menu tucked away at the top of the screen. Through various submenus you can manipulate the weather in real time, hand over control of your aircraft to the AI, tune in to air traffic control for any airport (and hear Ryanair getting told off for flying too high on approach), plot routes and pull up maps, adjust your fuel payload if you don’t fancy landing, and even hop into drone mode to gawp at your beautifully rendered aircraft – or, indeed, the scenery below it.

Players who thrive on structured activities may struggle with Asobo’s leaning towards self starters, but there’s nothing quite like the sense of adventure and satisfaction MSFS imparts as you throttle up on the runway before embarking on a route that you’ve just spent a chunk of time planning meticulously.

Value proposition: Why on Earth would you buy Microsoft Flight Sim at full price when it’s on Game Pass?

For all the loading screens and post-crash rebooting I’ve endured, none of it has dulled the game’s splendour or chipped away at the awe induced by the things I’ve planned, done, and seen in-between them. Dipping into the Grand Canyon in an Aviat Pitts Special S2S, sun in my eyes. Exploring the haunting landscape around Reykjavik in an Icon A5. Or giving the imagined passengers in my A320 a brief but really quite worryingly close glimpse of Christ the Redeemer. Microsoft Flight Simulator is full of such moments.

Ultimately it feels like Asobo has built a game with future hardware, and infrastructures, in mind. And while that means the user experience is a little choppy right now, it’s no bad thing in the long term. The choking off of PC games’ potential due to the need for workable console versions is a perennial bugbear, so it would be churlish to get too hung up on problems that have resulted from the studio’s admirable ambition.

Microsoft Flight Simulator represents the kind of striking, no holds barred leap forward in technology and scope that we should encourage, even if it makes a mockery of your shiny new (and very expensive) RTX 2080 Ti in the process. Sure, you’ll have time to get in some much-needed additional reading while you wait for the damn thing to load, but once you get clear of baggage handling it’s like nothing else you’ve ever experienced.

A visionary, landmark release that's built with the long haul in mind. It will take a while for PC hardware to catch up with the game's potential, but despite some early technical turbulence the experience remains dazzling.