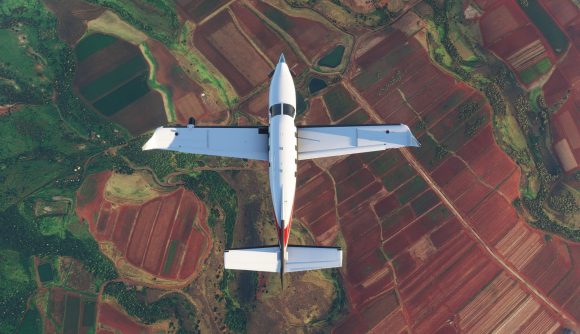 The Microsoft Flight Simulator release date is almost here. Asobo Studio’s flying sim lands just one day from now, and the reviews have begun to pour in, giving us an idea of what’s in store tomorrow. And it’s good news, plane games fans – it looks like it’s been very warmly received by the critics, so far. Let’s take a look at the reviews and scores, shall we?

First up is PCGamesN’s own Microsoft Flight Simulator review-in-progress. Editor Ben calls it “an incredible achievement currently brought back down to Earth by a number of tech gremlins” and says that “the flight model feels nuanced and convincing, irrespective of whether you’re rocking HOTAS and pedals or an Xbox controller”.

He also says: “most cities – at least from a moderate height and in high-end or ultra – look impossibly detailed”. However, he adds that “the loading times of my review build so accurately simulate the tedium of waiting for a delayed flight to begin”.

The flight sim’s scores across aggregate review sites are looking very favourable as of this story,  with MSF currently sitting at 94 on Metacritic (making it a “must play”) and 93 on Opencritic. Phwoar.

Without further ado, let’s take a look at the Microsoft Flight Simulator reviews and reviews-in-progress: