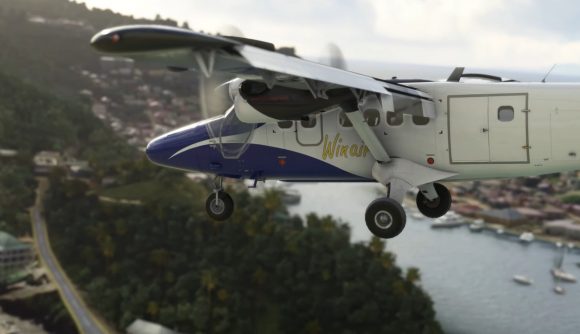 Serious pilots go on and on about things like ‘approach patterns’ and ‘safety checklists,’ but maybe you’re in a bit of a rush to get somewhere that doesn’t have one of those new-fangled ‘runways’ nearby when you fire up Microsoft Flight Simulator. Well, Aerosoft’s latest aircraft may be just the plane for you: it’s the DH-6 Twin Otter, and it can go just about anywhere.

The Twin Otter is a 19-passenger utility aircraft that comes in several configurations. The standard issue is a fixed, tricycle landing gear, which it can use for short take-off and landing (or STOL) on the usual tarmac or even dirt runways found all over the world. The aircraft can also be fitted with pontoon floats for water landings, skis, or tundra wheels, and in real life it’s been used to land on mudflats, sand, snow, ice, and anything in between.

The Aerosoft version includes a lovingly detailed icing system, which is handy because the Twin Otter sees plenty of service in the polar regions. So if you’re looking for a good simulation game experience of travelling to a research station in Antarctica, the DHC-6 is a good bet. 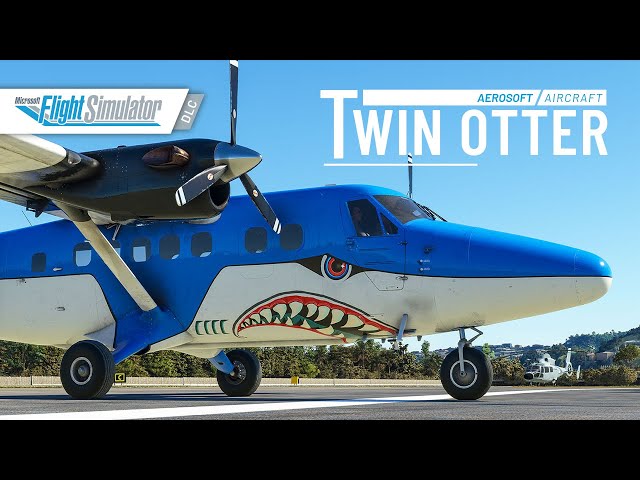 The add-on pack costs €29.95 plus VAT, and includes 300 spatial sounds, high-definition flight models for each of 13 DHC-6 configurations, fully featured fuel systems that will be updated as Flight Simulator adds more features, a full stack of avionics, and no need for any additional nav databases.