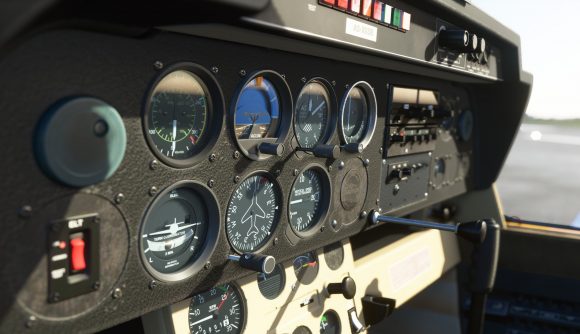 Many simmers have barely had time to get the day one patch for Microsoft Flight Simulator installed, but one pilot has already set out an ambitious goal for the plane game: to circumnavigate the entire planet in a humble Cessna 172.

A redditor has uploaded a painstakingly compiled flightplan for Microsoft Flight Simulator that begins and ends Billy Bishop Toronto City Airport. After that, it’s north to the Temiscanie River in Quebec, and on to the Lac Pau Water Aerodrome before crossing the Hudson Strait and touching down at Iqaluit Airport on Baffin Island. Then, it’s across the Labrador Sea to Greenland and the rest of the world.

The redditor has been planning this trip for months, using tools like SimToolKitPro and using the Cessna’s in-game range of about 640 nautical miles (or 1,185 kilometers) to find connecting airports. They’ve said they have tried to hit as many of the hand-crafted airports in Microsoft Flight Simulator as possible, but naturally this kind of trip is going to involve a few stops in the bush.

The trip is also much more than a quick trip around the globe – instead, it goes up and down the length of both North and South America, south through western Europe and over a majority of Africa’s continental coastline. A long leg heads through Indonesia and encircles Australia’s eastern half before banking north again to leapfrog across Papua New Guinea, the Philippines, Taiwan, Japan, far eastern Russia, and South Korea. They reckon it’ll take about three months to complete the trip.

Ben’s been enjoying the game so far, as you can read in our Microsoft Flight Simulator review in progress – although there’s a touch too much waiting around in loading screens for his taste at the moment. Personally, this writer is getting agitated trying to guess which HOTAS buttons correspond to which inputs listed in Flight Simulator’s control options.

Come what may with our intrepid adventurer’s sim-world tour, it’s a testament to the size of the new version of Flight Simulator that it’s even possible to dream this big at all.