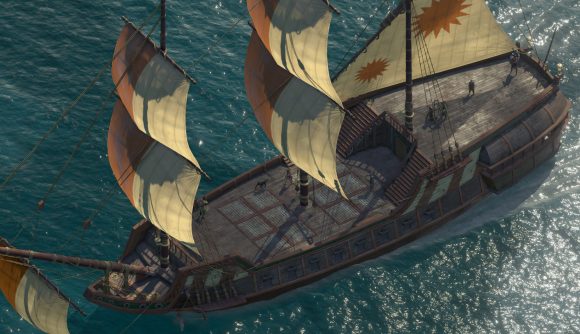 Microsoft is finalising a deal to purchase Obsidian Entertainment, according to a report from Kotaku. The deal is “90 percent” done, their source told them.

Obsidian Entertainment, known for RPG hits like Knights of the Old Republic II, Fallout: New Vegas, and Pillars of Eternity, has not offered comment on the potential deal, but the timing seems right for both parties. Microsoft’s gaming division has recently come under new leadership, and the company has doubled down on its focus on interactive entertainment. Meanwhile, Obsidian has had financial difficulties in the past, so it’s easy to see why Microsoft’s enormous budget, and a practical guarantee of financial stability, might appeal.

“Unfortunately, we don’t comment on rumors or speculation other than to say that the Rumours album by Fleetwood Mac still holds up,” an Obsidian spokesperson told Kotaku. For more on the deal, check out their story.

Microsoft has been snatching up a lot of studios lately. This year alone, it has acquired Playground, Ninja Theory, Undead Labs, and Compulsion. In 2014, It also purchased Mojang, the studio behind the wildly successful Minecraft, and has since formed a new development studio called The Initiative.

All this is to say that Microsoft’s sights are set squarely on the gaming sector. Just yesterday, it announced Project xCloud, a streaming-based multi-platform gaming initiative that appears to be paving the way for the next generation of consoles.

Obsidian and Microsoft have worked together in the past, but the relationship has been tenuous until now. At one point Obsidian was developing an Xbox-exclusive RPG, but differences in vision led to a falling out and the shuttering of the project.