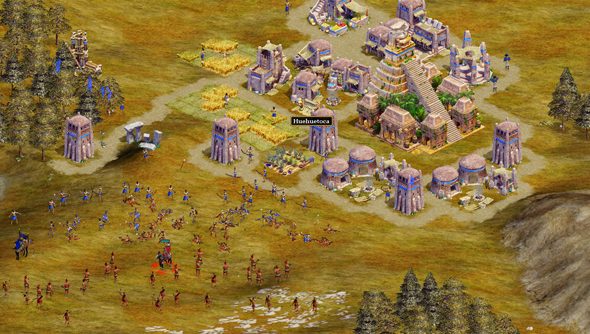 Phil Spencer is a Microsoft lifer – somebody who’s spent the last two and a half decades working his way up from software development intern, through Encarta developer and Lionhead steward, to head of all things Xbox. Most importantly for us, he’s also in charge of Microsoft Studios – and has startled PC gamers by publicly acknowledging them in a way his predecessors haven’t since the ’90s.

“I agree that MS needs to up our gaming presence on Windows,” he told a follower on Twitter. “Part of my XBOX role is to bring back our Windows gaming focus.”

Questioned about Microsoft’s release of a reworked Rise of Nations on Steam this month, Spencer suggested that Microsoft have plans for Windows games that involve Valve’s distribution platform.

“Steam is a great place to sell Win32 games,” said Spencer. “We acquired the IP for future work, I’m a big fan of the franchise.”

Rise of Nations follows extended editions of Age of Mythology and Age of Empires II on Steam – both seemingly developed internally by Microsoft, after a decade spent moving away from internal PC game development.

Last year, Spencer admitted that Microsoft had “lost [their] way” with Windows games.

“[Valve have] done a great job of keeping the PC ecosystem strong at a time where I don’t mind saying that we could have been more focused on what was going on in PC gaming,” Spencer told Venturebeat. “We were probably too focused purely on console, […] we should have been building as well at Microsoft.”

Are updated RTS games a strong enough gesture of good faith, do you think?