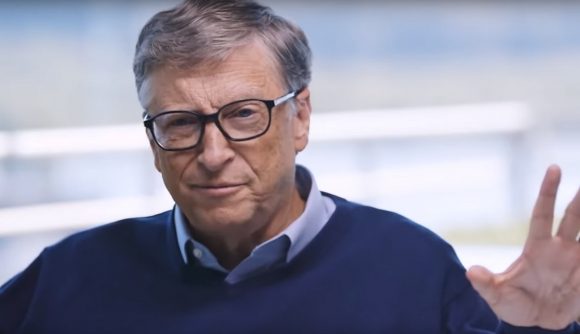 Yes, Bill Gates, Mr. Microprocessor, prestigious founder of tech and software giant Microsoft, has decided to step down from the company’s Board of Directors, citing a desire to dedicate more time to philanthropy. What a class act.

When I say ‘Microsoft,’ what image is conjured in your head? For me, it’s a grey CRT running an even greyer Windows 98. Simple times. But maybe you have images of the new Xbox Series X, all boxy and heavy, or of Windows 10 with all its fancy animations and gizmos.

If you’re like me, though, you naturally associate Microsoft with tried and tested, old-timey tech, along with the likes of IBM. For people like us, Bill Gates’ decision to step down from Microsoft’s Board of Directors won’t be as big of a surprise as to others. It likely won’t be as big of a surprise to those of you that grew up through legacy Windows iterations and who remember that delightful swoosh of the original Xbox’s startup screen.

If you do remember all that, then you probably also associate Microsoft more closely with Bill Gates. He’s been the face of the company since he founded it in 1975 – that’s 45 years this year – even after Ballmer, and then Nadella, took the helm. During that time he’s become possibly the most well-known entrepreneur in the world, spearheading the microcomputer revolution and driving the industry forward whilst also managing the company in various capacities and roles.

Now, at 65 years old, a natural retirement age, it isn’t too far beyond normalcy for him to move on to other things. It’s not as if he’s not done enough for Microsoft in his years of service to the company.

He’s stepped down to “dedicate more time to philanthropic priorities including global health and development, education, and my increasing engagement in tackling climate change.” In other words, Bill, once again, showing his exceptionally integrous colours.

He’s also said that “stepping down from the board in no way means stepping away from the company,” but in what form this new relationship with Microsoft will take, we can’t say. Whether it’s a round-about way of saying ‘no hard feelings,’ or whether he actually will continue to work with Microsoft in some capacity, is uncertain.