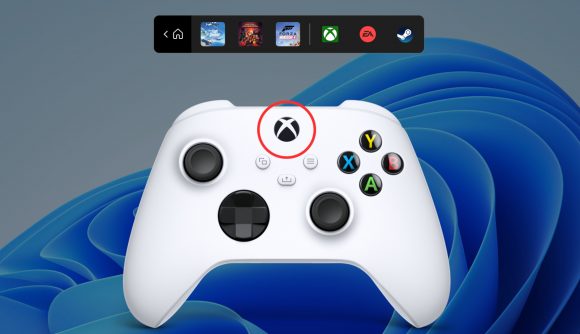 Windows 11 is slowly but surely becoming the de facto operating system of choice for those looking to get the most out of their gaming PC, but Microsoft is testing out a new feature that could draw users in sooner. Dubbed the ‘controller bar’, users will soon be able to access their games and launchers more conveniently when using one of the best PC controllers.

Microsoft shares details of the Windows 11 feature via its Insider Blog, describing the controller bar as “a preview of a new view of Xbox Game Bar.” Now, when you connect a gamepad to your system, the controller bar will automatically appear and allow you to launch recently played games or launchers such as Steam without having to use your gaming mouse or keyboard.

While the controller bar won’t be much of a gamer changer for those who play on the best gaming monitors, it should make gaming on the best TVs a tad more convenient. If you fancy trying out the feature for yourself, you’ll need to be running the latest Windows 11 preview build in addition to having downloaded the Xbox Insider Hub.

The controller bar is the latest addition to the cavalcade of Windows 11 gaming niceties, with Microsoft also recently releasing DirectStorage for its operating system, which promises to slash game load times. However, you’ll need to equip your rig with one of the best SSDs for gaming on the market in order to make use of it.