Microsoft has cut Windows Mixed Reality commission from its affiliate program, spurring doubt regarding the virtual reality and augmented reality platform’s future. Windows Mixed Reality was introduced back in 2015 with the HoloLens, and later followed up in 2016 with support for third-party VR headsets from the likes of Samsung, Dell, and HP. But change could be on the way.

Microsoft incentivises third-party sales of its products with its affiliate program, offering higher percentage commission, or monetary rewards, on products it wants to help out the door. Dropping commission on those means that they are either A: selling themselves, or B: dead. If you go through the updated commission structure Microsoft recently sent out to affiliate partners, it’s quite obvious which of its non-commission products fall into what category.

Minecraft: resolutely in group A. The game reportedly sold up to 154 million copies and counting last October. Xbox Game Pass: group A. It, too, has found success in increasing metrics across the board with gamers. Windows Phones: B. The less said about this the better (I could say quite a lot about how much I liked my Windows Phone actually – DJ). Windows OS: A. And Windows Mixed Reality… well, that’s definitely not in group A.

While Microsoft no longer incentivising sales (via eTeknix) spells bad news for current generation Windows Mixed Reality merch, it’s not necessarily a death sentence for the platform holistically. Microsoft is currently teasing a second generation HoloLens headset, potentially signalling the beginnings of a second wave, or at least a renewed push, into AR/VR applications.

VR capable: These are the best graphics cards for VR

But Xbox gamers could still be left wanting after reports from a PSVR game dev signalled that Microsoft may be shunning console VR next generation. Luckily building a VR-capable, console-sized gaming PC isn’t as costly or complex as you might think… I’ll just leave this guide to the best mini gaming PC builds here. Just so you have it. 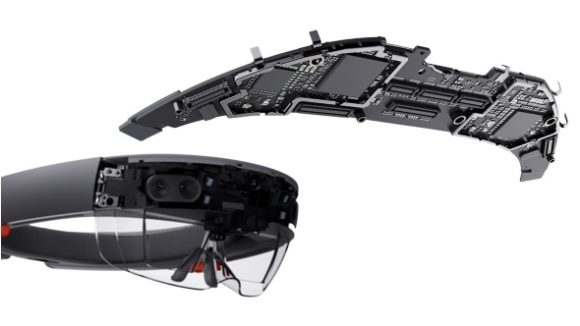 Microsoft’s HoloLens reportedly found its niche in military applications, with the US Army reportedly buying 100,000 units for training purposes. The contract, one of many contentious military deals with tech firms as of late, reportedly earned Microsoft $480m and doubled HoloLen’s past sales figures in one fell swoop. Purportedly 50,000 headsets had been sold worldwide up until this point.

Albeit only tacit signalling on Microsoft’s part, the change to the affiliate commission is a sign of incoming change for its VR/AR efforts. With HoloLens 2 on the way, that’s none too surprising, and Microsoft will certainly want to make a bigger splash with its latest AR headset than the last.