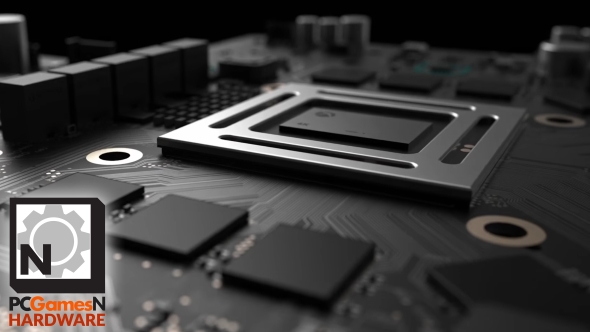 The new 4K-capable Xbox has had its big reveal, with the full specs rumoured to be released on Thursday, and I can’t wait. Microsoft’s Project Scorpio is the final nail in the console coffin – like it or not we’re all PC gamers now, revelling in the agony and ecstasy that brings with it.

It’s all about the GPU isn’t it? So make sure you pick the very best graphics card you can afford.

I guess you could have made that point right at the start, when AMD, Sony and Microsoft admitted they were jamming essentially off-the-shelf components into their new gaming bricks to create mini PCs. Mini PCs which struggled to nail reliable 1080p gaming, but PCs nonetheless.

But back then we were still talking about a single console generation, a static design that meant all Xbox Ones and PS4s were identically specced, offering the same experience to each and every one of their owners.

And that’s long been the console ideal; a closed box system that allowed developers to know precisely what hardware they were coding to. It was that knowledge which allowed game creators to squeeze every last drop of performance out of a system. Just look at the incredible stuff devs managed to get out of the Xbox 360 towards the end of its life.

But with both Sony and Microsoft now creating upgraded versions of their respective consoles, and forcing developers to embrace both the low and new high-end of their console stack, the gaming landscape is looking a lot more PC than it ever has before. And I’m not talking about some bullshit conspiracising about a perceived overarching feminist agenda either. 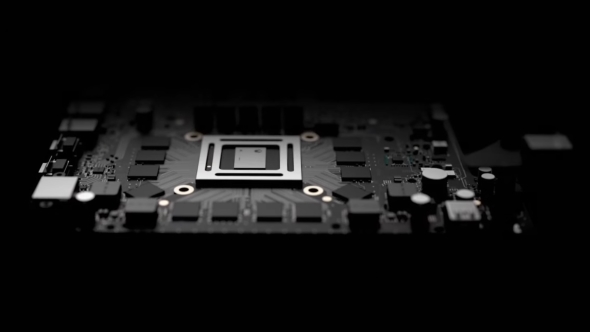 While the full Scorpio specs are still under wraps we do know it’s going to be rocking eight AMD CPU cores, 12GB GDDR5 memory and a GPU that’s capable of running at 6 TFLOPs. We do know they’ll be the same sort of low-end Jaguar cores the original Xbox One shipped with and not some sort of low-power Zen-ish variant. We also now know AMD haven’t allowedVega to appear in the Scorpio box either. If Microsoft had gone for either they’d have had to wait to produce such a chip and the price tag for a new Xbox Ultra with a custom Zen/Vega APU would be sky-high.

Still, most console folk didn’t even realise they were slowly becoming PC gamers. Even before the Xbox One and PS4 arrived the groundwork was laid with regular system and game updates, along with day one patches, for the previous generation of consoles.

Now though it’s inescapable. Everyone sitting on a current-gen console will be experiencing the pain all previously high-end GPU owners feel at the announcement of a new card, the pain GTX 1080 owners felt as the GTX 1080 Ti was announced and then once again as the Titan Xp got unveiled. Once they were on the top of the pile, knowing they had it as good as you could get, and then along comes the PS4 Pro and Project Scorpio announcements making them feel all inadequate.

It’s not like they won’t still be able to play all the same games, they will. Both Sony and Microsoft are ensuring anyone who develops for the nominally 4K consoles will have to make those titles run on the lower-caste game boxes too. Y’know, like they do with the PC, only they’ll have to be hiding the view distance and nipple shadow complexity sliders from general view.

But still gamers on the straight PS4 or Xbox One will forever know they’re not getting the best experience, not getting the latest third-person cover shooter with as high resolution textures as the Pro/Scorpio peops. And that will hurt.

It matters to console gamers, manufacturers and developers. It’s why GTA V was held back from a PC release for so long; stopping 360 and PS3 players from getting too upset at their comparatively low-fidelity versions, and letting Xbox One and PS4 owners feel like they were the kings of high-res gaming with their re-released iterations… for a brief time at least.

It’s also why Red Dead Redemption 2 will be held back from a PC release for as long as Rockstar can get away with too. It wouldn’t pay to have a glorious updated version for the updated consoles which doesn’t look as good as it does on a high-end PC.

But it’s something us PC folk have had to deal with all our gaming lives. No matter what rig you’re running someone else will always reply on a forum about some game not running properly going on about how their god-like machine can run whatever at several thousand frames per second on Ultra Bastard High settings. There’s always some new bit of kit just being released or dangled tantalisingly just out of reach over the horizon, but that’s okay, that’s just the way things are in PC land.

We’ve all had to learn to make do, and that’s something a large percentage of the console audience – those not swapping their old devices for a new one just to get some upgraded pretties – are going to have to learn too. Because this isn’t the end of the line; I’d be very surprised if there was another start-from-scratch console generation ever again. 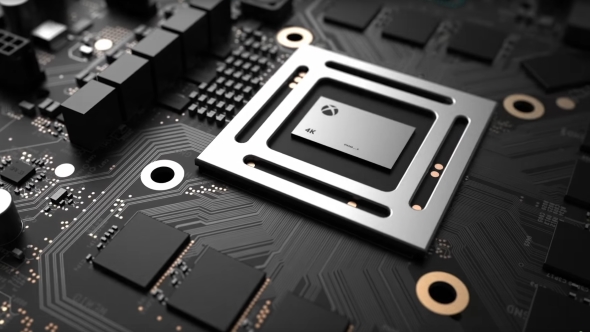 AMD will keep making new, faster hardware which is essentially compatible with the stuff already couched in the current Sony and Microsoft boxes. They’re also starting to learn that with iterative hardware updates you get to keep a vast back-catalogue of games too. Buy a new console, but bring all your favourite old games with you. That’s a powerful marketing message.

This is it then, the end-game, the transition is complete. Consoles are now PCs in every regard, from software to hardware to upgrades and from agony to ecstasy. Which is just dandy, they’ll be rocking keyboard and mice soon too…

So, to everybody who kept trotting out the tired “PC gaming is dead” line over the last decade, I’ve got two words for you. We won.