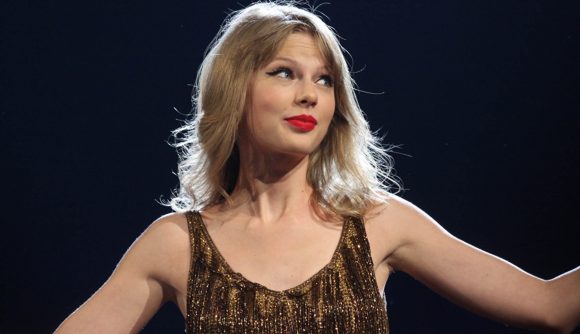 Taylor Swift once threatened to sue Microsoft because of the company’s chatbot-turned-racist, Tay. It wasn’t long before the AI plugged into Twitter turned into a rampant racist when it was launched back in 2016, coaxed on by groups of nefarious users. But it was actually the use of the name “Tay”, often associated with Taylor Swift, that had the star’s legal team knocking on Microsoft President Brad Smith’s door (or email inbox).

The Tay chatbot was an imported version of Microsoft’s similar AI bot, XiaoIce, in China. This bot reportedly was rather well-received, and had developed into a friendly face for its online audience. Tay, on the other hand, turned into a racist, politically-charged furious AI not even its mother could love within 18 hours following its US release, and so mama Microsoft ended up pulling the kill-switch shortly thereafter.

Microsoft president, Brad Smith, in his upcoming book Tools and Weapons (via The Guardian), confirms that it wasn’t long after the program was launched that he received an email from Swift’s lawyers regarding the name of the doomed chatbot.

“I was on vacation when I made the mistake of looking at my phone during dinner,” Smith writes. “An email had just arrived from a Beverly Hills lawyer who introduced himself by telling me: ‘We represent Taylor Swift, on whose behalf this is directed to you.’

“He went on to state that ‘the name Tay, as I’m sure you must know, is closely associated with our client.’ No, I actually didn’t know, but the email nonetheless grabbed my attention. The lawyer went on to argue that the use of the name Tay created a false and misleading association between the popular singer and our chatbot, and that it violated federal and state laws.”

Microsoft’s current president, Smith, is also its chief legal officer, and a prolific lawyer in the US.

Swift’s aggressive stance to protect her brand is well-known and well-documented across various celebrity sites, and the star is often singled out for her efforts to do so. Swift has filed many trademark registrations in the US to protect phrases and song/album titles from unauthorised use across clothing, services, and other merchandise. Some of which were accepted, and some of which were not.

Merchandising and protecting one’s likeness is becoming paramount to many celebrities’ revenues, so quite a few are quick to get their applications in with the US Patent and Trademarks Office.

But that shouldn’t be much worry to most of you – unless you plan on using a star’s likeness to sell a product not associated with them. While the debate is ongoing regarding trademarked phrases and terms, the law is robust enough to keep common words and phrases, and the English language as a whole, safe for everyone’s consumption. Shakespeare would posthumously be granted insurmountable royalties if that were the case.

Most of the time these trademark registrations are very specific use cases, often when a brand or merchandise could be mistaken for the artist’s own. So no need to worry about litigation if your next spicy tweet giving the vile and wicked people of the world hell includes the phrase #youneedtocalmdown. Go get ‘em, champ.