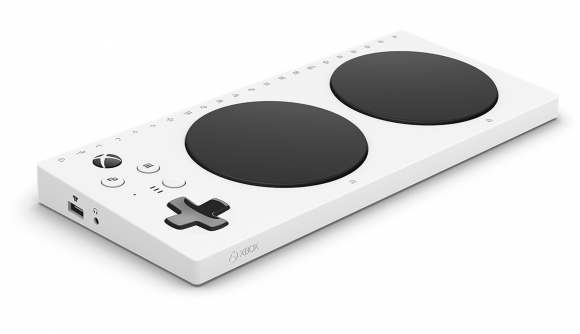 Microsoft has just launched its Xbox Adaptive Controller, built from the ground up to make gaming accessible for everyone. It’s not just a controller, either. Compatible with both Windows 10 and Xbox One, the Adaptive controller works with various switches, feet controls, joysticks, purpose-built quadriplegic hands-free controls, and wheelchair mounts to make gaming more inclusive than ever.

Everything from the packaging to the controller itself has been tinkered to fit as many users’ individual needs as feasibly possible. The controller unit is unlike any other mainstream entry on the market, and acts as a part-controller, part-hub for peripherals. It features two large buttons on the face, one d-pad, and the usual accompaniment of Xbox-specific buttons. That might sound pretty minimal, but that’s not even half the story.

On the rear of the $99 unit there are nineteen 3.5mm inputs, representing every button, analogue stick, and function of the standard controller. Each input is configurable through the Xbox Accessories app, much like the Microsoft Elite controller, and makes every in-game command available through independent controls and peripherals plugged into the various jacks. That means that whatever the needs of the gamer, the Adaptive controller can be configured accordingly.

There’s also a hassle-free reversible USB Type-C port, dual USB port inputs on either side for analog sticks, and AMPs compatible mounting holes on the rear for use with a range of tripods and mounts. Microsoft has partnered with RAM Mounts to create a body mount kit from the get-go. 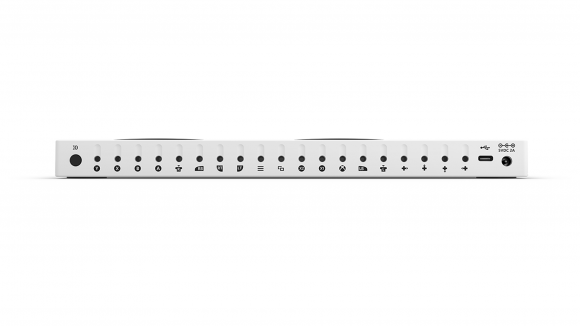 There’s also the Copilot functionality. This allows two controllers to, effectively, work as one, and allows those who might otherwise be unable to play certain titles or areas, due to the control scheme, to draft another player in to take over certain controls for them. That means the Xbox Adaptive Controller can be paired with a standard Xbox One controller and lose no functionality whatsoever – both have complete control in-game. This itself is an important step toward removing the barriers to entry some users face.

Microsoft enlisted the help of charities such as AbleGamers, the Cerebral Palsy Foundation, Warfighter Engaged, and SpecialEffect on all aspects of the controllers design and functionality.

“We’re proud to be involved in the design and testing of the product,” founder and CEO of SpecialEffect, Dr Mick Donegan explains. “We provided not only very relevant advice about features and design, but also direct feedback from a user-centred perspective.” 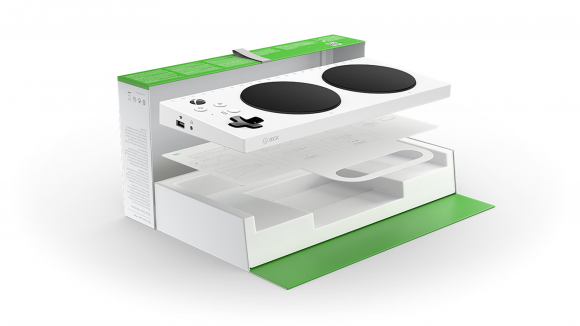 “The compatibility with the Xbox is great and you haven’t got to worry about unplugging it and plugging it back in to get it to work,” George Dowell, a beneficiary of SpecialEffect who lost most of the use of his hands due to a spinal injury, says. “The ability to switch between button layouts for different games also saves a lot of time.”

It’s not just the Xbox Adaptive Controller that’s paving the way to truly accessible gaming, either. For example, Tobii eye-tracking devices recently received USB standardisation as a HID device, which makes plug and play tracking that much easier for those without complete motor skills.

But this high-profile launch from a leading gaming company, working alongside charities and gamers with disabilities, is an incredible step toward total accessibility in gaming and creating a pastime that everyone can, rightfully, get involved in.