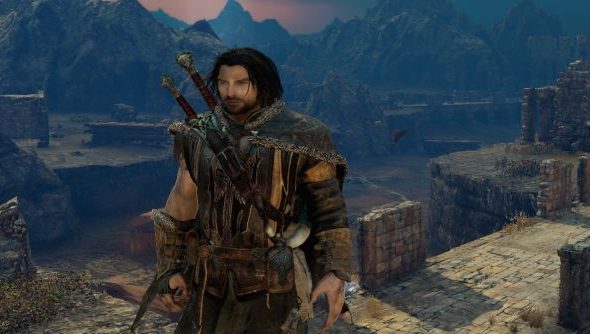 There was a bit of drama this week when both The Evil Within and Middle Earth: Shadow of Mordor both revealed that they’d need staggering amounts of video RAM to run on their maximum, “intended” in the case of The Evil Within, settings.

So I’ve taken a bit of time to play Shadow of Mordor this morning and try and figure out exactly what’s going on. And I’m pleased to say that, if you were worried about the state of the Mordor port. Don’t be. It’s excellent.

First off: if you’re worried about the quality of the port generally, don’t be.

It’s as good a port of a primarily console game that I’ve seen. In the list of things I tend to look for:

There’s no DRM or weird online stuff that’s going to prevent you playing. The only snag is a newly launched Warner Bros online service. Thankfully, it’s optional, but you do get a few game bonuses if you join in.

I’ve had the game crash on me once so far – with a bizarre error message saying that I’d just removed by graphics card. Updating my drivers appears to have solved that issue.

Now: to the science bit.

There is an auto-balancing option selector built into the game, but on my decently powered setup, it defaulted to everything being on low. So instead, I’ve whacked everything up to their maximum settings, except for textures, which are set to high, for these screenshots. In normal play, as you load into a new area, I’ve been seeing some significant screen-tearing, but as soon as you’ve been in the area for around 10 seconds, it settles down. At these settings the game runs well – it will peak and trough between 50 and 60 FPS.

That doesn’t mean it’s perfect. I’m getting a crash-to-desktop bug that says that my GPU has been disconnected, and the game wobbles a little bit if you use Alt-Tab. It’s 50/50 whether the game will recover from any attempt to swap in-and-out.

So, what of the optional ultra-texture pack?

That pack is downloaded by looking in the DLC section of the game on Steam. To get them running, you’ll need to restart the game. That comes at a cost: the game will default to downloading the large texture assets. That’s a 38Gb download. Once they’re running, you’ll see the massive difference they don’t make. 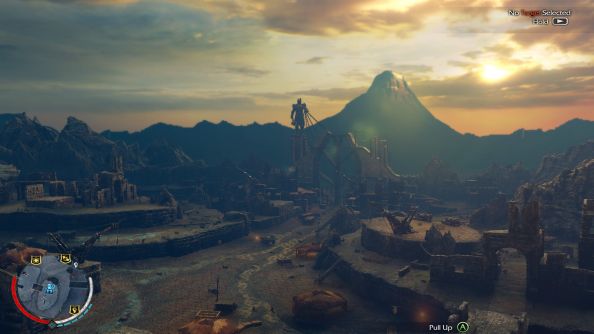 Here’s a screenshot running in High. 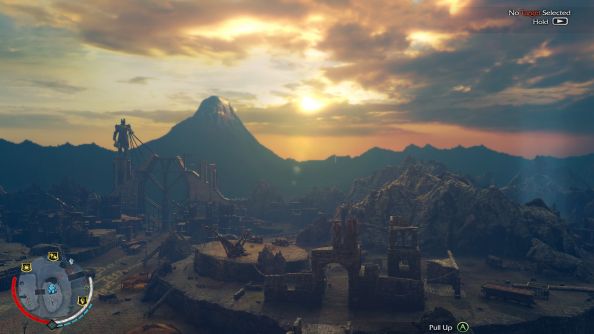 Here’s a screenshot running in Ultra.

Here’s a link to the originals in native resolution.

There are some differences, but they are so slight as to be unnoticable. Most of the differences you’ll see on these screens actually come from the different time of day (the game has a rolling day and night cycle).

I’m running the game on a 3Gb VRAM card, while the Ultra textures demand 6. I was expecting a slideshow, but actually, the game is playable, if a little sluggish. I was seeing frame-rates ranging from 15-30 on my rig, which is significantly under the request 6Gb of VRAM.

What’s more interesting is that the game’s texture work doesn’t really benefit from a ludicrous amount of VRAM. Texture quality generally is extremely variable. The character models themselves are detailed and impressive. But for every beautifully modelled orc or slave, you’ll come across a ground or surface texture that’s been created in a rush. Meanwhile, the game’s setting, Mordor, doesn’t lend itself to a particularly striking or stunning look. It is probably the brownest open world game I’ve played.

Having said all that, for all the slightly clunky ultra options, the game easily passes our Port Inspection. If all you want to do is play, don’t be afraid of buying it on PC.