How does one become a paranormal investigator anyway? It’s a question that’s bouncing around in my head as I sit in Midnight Ghost Hunt’s version of the Ectomobile, flanked by seasoned ghost hunters. I know I’m about to face off against a team of poltergeist players, but as my teammates survey their high-tech gadgets I can’t help feeling like I’ve blagged my way into a very serious job I know nothing about. However, after spending an hour with developer Vaulted Sky Games’ supernatural shooter, I think I’m ready to leave this games journalism business lark behind and take up ghost hunting full-time.

The premise is simple: playing as a hunter, your job is to locate and exterminate some antagonistic apparitions. The ghosts don’t want that. Their goal is to kill the hunters, and they can hide inside inanimate objects around the level to get the jump on unsuspecting players. After learning this I spend most of the first match taking paranoid potshots at every teapot, lamp, and side table that looks at me funny. Just like one of those ghost-hunting TV shows, each gameplay session kicks off with a spot of paranormal investigation, which eventually builds to a chaotic crescendo when the clock strikes midnight.

If the match gets to this point, the roles of predator and prey are reversed, so the hunters will need to hunker down and wait to be rescued, while the ghosts are imbued with a ghoulish red glow and increased strength and resilience. Put it this way, if Midnight Ghost Hunt was a horror movie, you can be sure that nobody would be left alive by the end credits.

While the prop hunt is at the core of Midnight Ghost Hunt, the supernatural context is a perfect match for the formula and gives the props a logical reason for being able to fight back. It retains the inherent silliness of hide-and-seek, but introduces some much-needed tension. The result is slapstick perfection: it’s not at all uncommon to see a po-faced paranormal investigator running away from a potted plant. 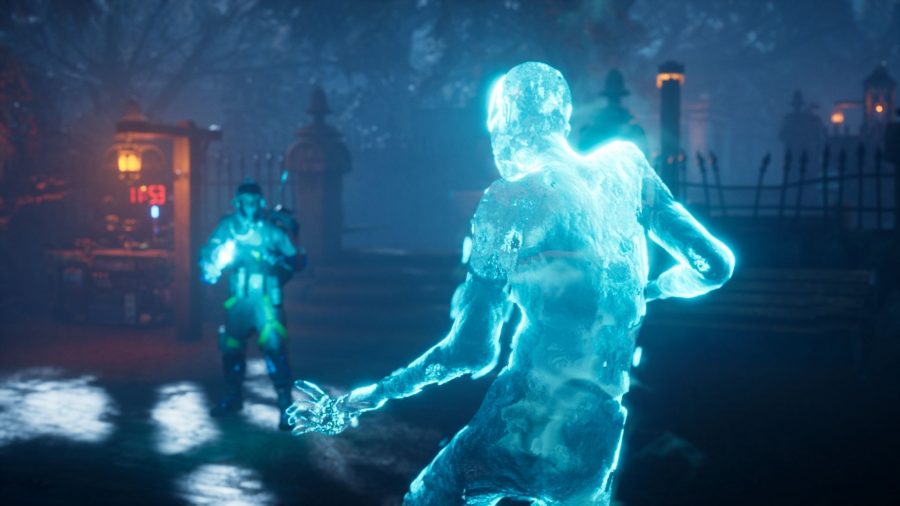 That said, playing as a ghost isn’t a float in the park, and there are plenty of reasons to fear the game’s hunters, who can wield a selection of gadgets, gizmos, and guns that would put the Ghostbusters’ arsenal to shame. The game’s gun rack includes both sci-fi goodies like the plasma-spitting Spectral Cannon, and DIY contraptions, such as a shotgun that fires salt shakers. But before you can use any of those, you’ll need to work out where the ghosts are hiding by using radars and spectrophones.

hunters can wield a selection of gadgets, gizmos, and guns that would put the Ghostbusters' arsenal to shame

Props and abilities are at Midnight Ghost Hunt’s core, but the game’s maps tie the lot together thematically. Prop placement is random, so there’s no way of learning exactly which piece of furniture has gone wandering, but familiarising yourself with every nook and cranny makes you feel like a spirit-stomping pro. I got to try out three of the game’s haunted maps: an opulent mansion, a deserted school on prom night, and a ghost ship. Each one feels completely different in terms of layout and the props you’re searching for, which keeps every hunt fresh.

For example, the school map is a maze of narrow corridors that flow into a main hall, complete with a disco ball that can be possessed to deadly effect. The pirate ship adds plenty of verticality to each chase, as raised decks and a crow’s nest help haunted props hide high-up. While the prom night level is a nod to Carrie, the mansion and pirate ship are tonally closer to an episode of Scooby-Doo. And if that comparison seems ridiculous, it won’t when you’re being chased from room to room by a grand piano. 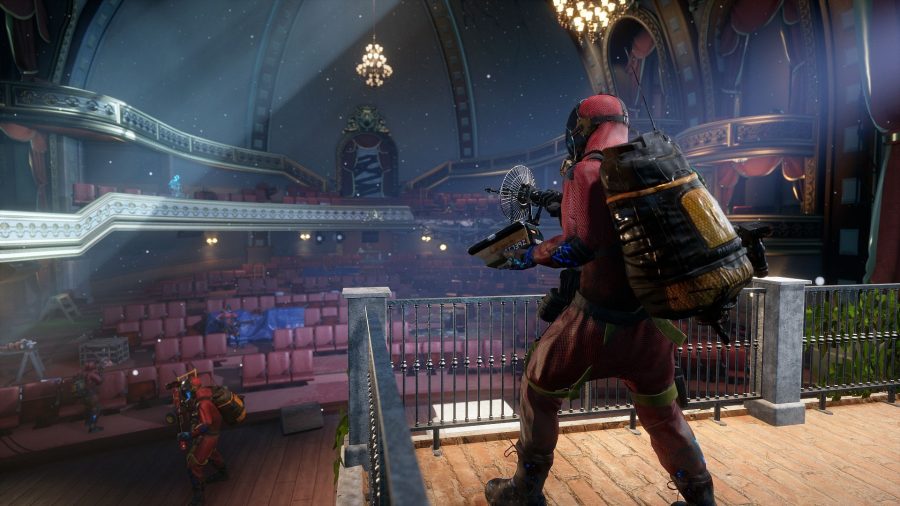 However, that’s not to say that Vaulted Sky Games’ particular take on horror games isn’t conventionally scary. Watching your comrades being pursued by both inanimate objects and spectral forms creates a very real sense of panic that’s more unsettling than spoofy. While playing as a phantom, charging up your attack plunges you into a stylised, Evil Dead-like first-person cam to really hammer home a sense of threat.

By pairing the wonderfully whimsical mechanics of prop hunt with creative maps and player abilities, this latest multiplayer romp from Coffee Stain Publishing looks set to entice multiplayer fans and horror enthusiasts alike. And while the added mechanics make this a little less pick-up-and-play than the game mode that inspired it, that won’t stop you giddily laughing as you watch a dear friend poring over the precise placement of a potentially possessed dining chair.

Midnight Ghost Hunt enters Early Access later this year, but you can apply to join the closed beta weekend, which runs from January 28-30, via the Steam page.