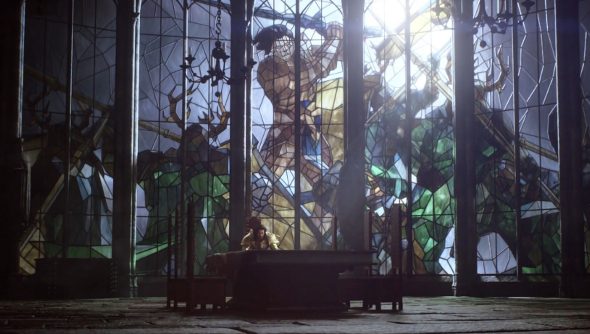 Seeing as that we recently got a new – rather good, by all accounts, but my copy is sitting unloved on Steam until I have more time – Might & Magic, it only seems fair that it’s strategic sibling, Heroes of Might & Magic, or as it’s now known, Might & Magic Heroes, gets another installment. And that is indeed happening.

Ubisoft announced the next installment in the venerable franchise at Gamescom today, introducing it with a super serious trailer.

Might & Magic Heroes VII sounds like it’s not making any drastic changes, once again giving leaders control of towns that need managing and troops eager to fight, with a healthy dose of RPG elements.

The new website says that it “not only pays tribute to the famous turn based strategy series, but also builds upon its best features while adding improvements and innovations.”

Ubisoft needs your help though, apparently. It wants the community to vote on one of two factions that will join the Shadow Council, the alliance of races fighting against whatever evil’s causing a ruckus. The two factions are the elven Sylvan and dwarven Fortress. You can find out more about these factions here, and then cast your vote.

In a month, you’ll get to choose between two other factions.

To get a vote, you’ll need to join the developer’s own Shadow Council, which will also net you access to news, exclusives and natter away with the dev team. You can sign up for that on the new site.