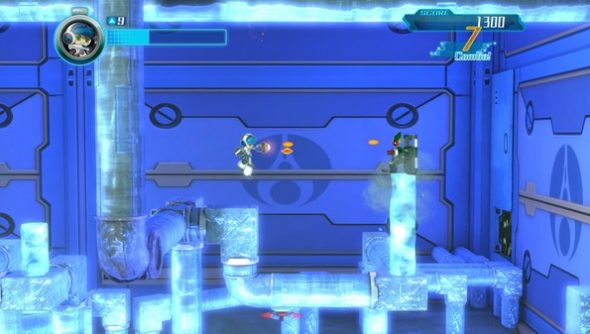 Mighty No. 9 creators Comcept just love to keep people waiting, huh? First it was the many, many delays and now it turns out the game’s credits are almost four hours long. Honestly.

Our list of upcoming PC games will also keep you waiting.

If you don’t skip them, Mighty No. 9’s end credits will have you, to quote the game’s trailer, crying like an anime fan on prom night.

You can actually watch the extended cut ofThe Lord of the Rings: The Return of the King, probably including its credits, before the end credits have rolled on the Mega Man spiritual sequel.

The exact running time of the end credits is a whopping three hours and 48 minutes. This is because Comcept needed to thank all 70,000+ backers who pledged at least $5 to the crowdfunded disaster.

Most other Kickstarters place this backer reward much higher, probably for this very reason.

So whack Lord of the Rings on and get watching this YouTube video someone has kindly uploaded of the entire sequence. In fact, play the game at the same time and see if you can finish it before the credits are over. Report back for a cookie.