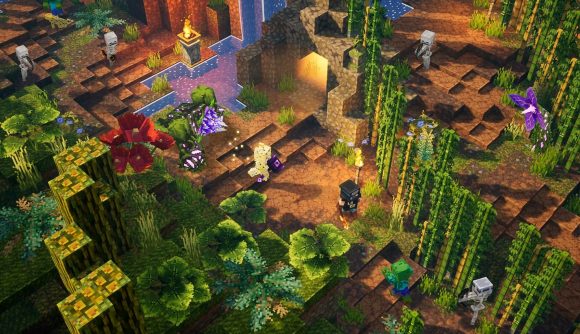 Now that Minecraft Dungeons is here, the good news just keeps coming for fans of the latest addition to the iconic sandbox game’s universe. Not only is Minecraft Dungeons cross-platform on the way, but the first DLC’s due to drop next month. Titled Jungle Awakens, the pack adds three new missions, new enemies, and a bunch of other goodies.

That’s according to a blog post on the action-adventure game’s website announcing the new content. “You probably already know that we’re currently working on new content for Minecraft Dungeons,” dev Mojang says, “especially if you’ve purchased the Hero Edition. However, what you might not know is that the first of the two planned DLCs – Jungle Awakens – is coming in July!”

The new content pack will see you take on a new adventure, set in a “distant, dangerous jungle” and tackle a mysterious power of some sort. Set across three brand-new missions, Jungle Awakens also introduces “new weapons, armour, and artifacts”, the studio reveals, as well as some new baddies to best: “the Leaplead, Jungle Zombie, Poison Quill Vine, and others”.

And that’s not all Mojang has to share about the blocky dungeon crawler’s year. Later in 2020, the action-RPG game’s due its second DLC, Creeping Winter. There’s not much detail to gobble up on exactly what this will bring, other than some “frozen peaks” – a bit of a change from the upcoming Jungle Awakens pack, to be sure. 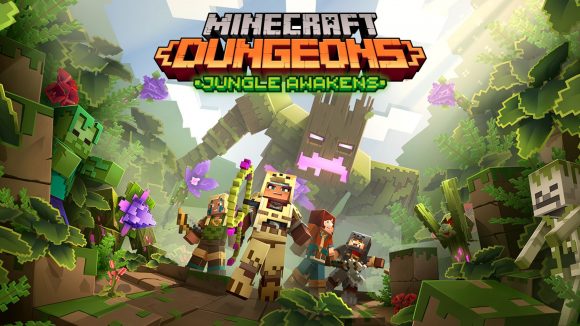 Mojang also reiterates it’s currently working on getting “cross-platform play functionality” to players and some “cool new free content for Minecraft Dungeons that everyone will receive, regardless of edition” in the blog. Sweet!