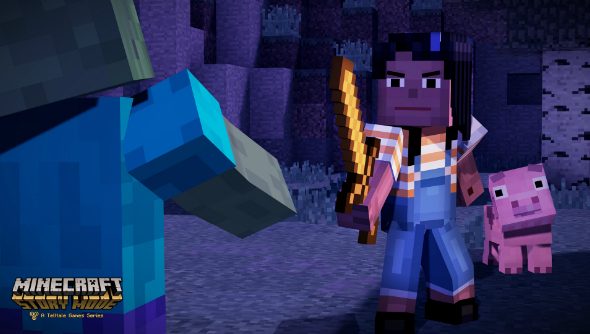 Minecraft: Story Mode seems like a strange proposition. Minecraft has always been about creativity and player expression – these foundations don’t seem to be something easily transferable into a narrative context. But then again, Telltale Games has always been one of the best studios at creating an illusion of freedom in the interactions within their stories.

In fact, ever since playing the brilliant Tales From The Borderlands, I’m convinced Telltale can pull it off. 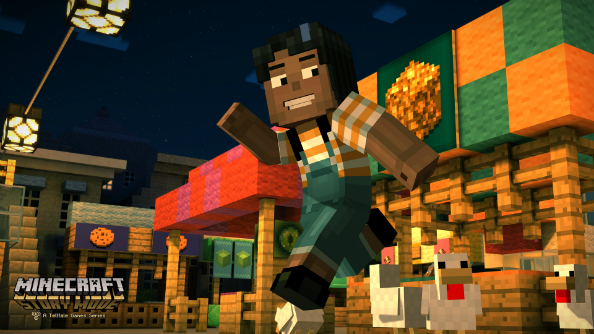 I never found Borderlands very interesting as a universe, nor did the comedy resonate. But Telltale changed all that and made me care about the universe, the characters and even laugh at the jokes.

Somehow, Tales From The Borderlands is Telltale’s best work. How did that happen?

However it happened, it’s changed the way I look at Telltale games. I though Game of Thrones would be the perfect fodder for a Telltale game, but that fell a bit flat, restricted by having to exist alongside the predetermined fates of the characters of the TV show. My point is, Minecraft: Story Mode might actually be good. The trailer looks entertaining enough – have a look at it with your eyeballs and brain below.

It has just been revealed that, as well as maybe not being rubbish, Minecraft: Story Mode will be the first Telltale game to let the player customise their playable character, with male and female options available for the story’s hero, Jesse. Patton Oswalt will play the male character and Catherine Taber will voice the female option.

Which will you choose when the first episode releases this autumn? Are you excited fot it? How right am I about Tales From The Borderlands? Let us know in the comments, using your eyes, brain and fingers.