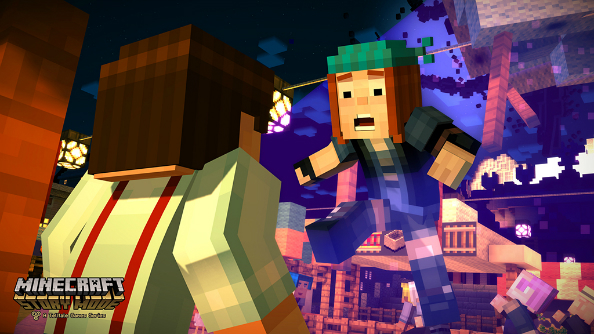 Update, June 13: Netflix has confirmed that a Telltale Stranger Things game is in the works.

Following rumours that Telltale Games is soon to announce a partnership with Netflix, a representative for the streaming service has confirmed that “Minecraft: Story Mode is a licensed five-episode narrative series coming to our service this fall. It’s an extension of our other interactive stories.”

The representative also stated that “the Stranger Things project is launching on the Telltale platform at a later date,” as part of Netflix’s title promotion efforts.

Sources speaking to TechRadar state that the Netflix version of Minecraft: Story Mode will be delivered through video files. Players will be able to control the game with any remote control device equipped with directional and select buttons, which will allow them to select dialogue options. Battle sequences will reportedly be cut from the adapted games.

Check out or list for some great free PC games.

TechRadar’s sources also suggests that a series adapted from Netflix’s sci-fi original Stranger Things was also in the works at Telltale. In a statement given to TechRadar, Netflix suggests that while Minecraft: Story Mode will be the first game to launch on the platform “in an adapted form,” Stranger Things will not be an interactive experience through Netflix, but will be a brand-new Telltale series.

Telltale has previously worked with Amazon to bring several of their series – including The Walking Dead, Game of Thrones, and The Wolf Among Us – to steaming services. Reports suggest a partnership between Telltale and Netflix could be announced “any day.”