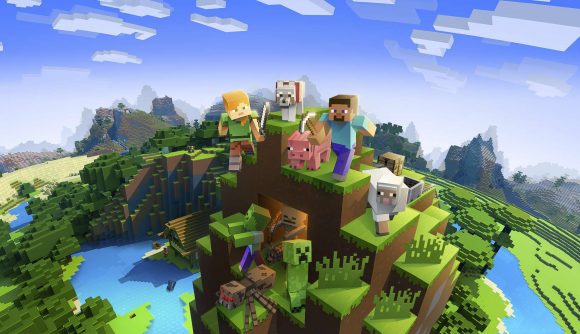 Minecraft Java Edition patch 1.14.4 is now available, and is set to be the final update update for 1.14 before Mojang moves onto the new features of 1.15. The fresh patch promises a ream of bug fixes, improved performance, and a bunch of improvements to villager behaviour – in addition to an amusing fix for the suspicious stew item.

“Suspicious stew made from poppies now gives you night vision instead of speed,” so you can be sure you’re getting exactly the right kind of high from your poppy seed-based comestibles. Maybe it’s less important than the performance improvements, memory leak fixes, and built-in /debug function for detailed bug reports, but it is entertaining.

The bigger selection of changes focus on villagers. They now stock more items, feature improved pathfinding performance, and will remember their gossip if they become zombified. They can now work without restocking at the same time, and will now wait with restocking until they have appropriate trades.

You can read the full list of changes – and all the bug fixes – on the official site.

This patch applies to Java Edition, but a broad set of combat changes promise to make Minecraft fighting better across all the game’s various releases.