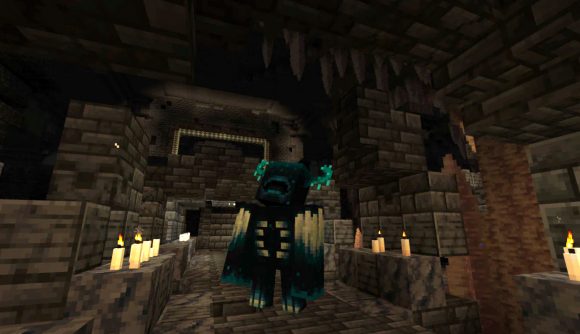 We thought it was going to be a little further off, but no – Mojang has decided that you can play Minecraft 1.19 right now. As long as you don’t mind digging into a very experimental beta version, that is. The first experimental snapshot for 1.19 is now available for Minecraft: Java Edition Players, and it’ll let you delve into the Deep Dark and meet the Warden.

You can get details on how to install the snapshot over on the official site, but bear in mind that you won’t be able to open old worlds here. You’ll have to create a new one, and it’s unlikely that you’ll be able to carry any worlds played on the experimental snapshot forward into future versions of the game.

This snapshot does not include every feature planned for 1.19, also known as the Wild update, but it does include the Deep Dark biome, the Ancient City biome, the Warden mob, sculk blocks, the swift sneak enchantment, and the darkness mob effect.

Once you start playing with the new features, though, bear in mind that this is still an ‘experimental’ snapshot. That means that the devs are still experimenting with how all these systems will work, so any particular feature is subject to major tweaks going forward.

The Minecraft 1.19 release date is set for sometime this year.