Minecraft fans can get a first taste of the biome update via a video detailing Badlands changes, including the addition of a new mob: vultures. Players are being given the opportunity to decide the next biome update at MineCon, and this first clip is just the beginning.

In this previous video adorable Mojang representatives Agnes and Jens let us know that each biome will have new mobs, features, and mechanics. We’re given very little information in their short clip so it’s down to the players to vote on which biome will be updated first so they can check out whatever these additions may be.

We now have better details of the first potential update, Badlands. The next possible expansion could include vultures, new cacti and tumbleweeds. The vultures in particular are of interest as they’re attracted to the loot of ‘unlucky explorers’ – hinting anything you might ordinarily be able to pick up after a death could be nicked. It’s also unclear if the vultures will be aggressive or just a general inconvenience, but as Agnes said, they’re ‘creepy’.

We’re yet to get any details on either the Swamps or Mountains, however with MineCon only days away, new short information clips could be imminent. 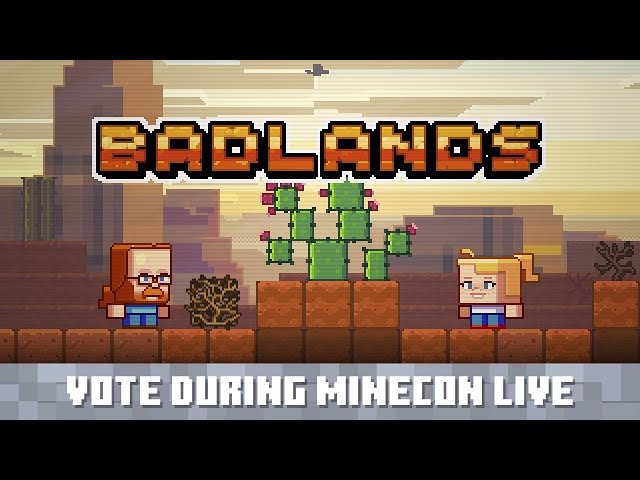 It should be noted that all these new biome updates will eventually come to Minecraft, this vote only determines which will arrive first. However we don’t know how long it’ll take for the next two to be delivered so perhaps a future update will let us know.

Minecraft has seen a massive revival in the last year or so, and it continues to expand an already substantial playerbase. These new updates will be a welcome addition for new and old players, refreshing concepts which have been with Minecraft for years.

Can you run Minecraft? Use PCGameBenchmark to check the Minecraft system requirements 2021.