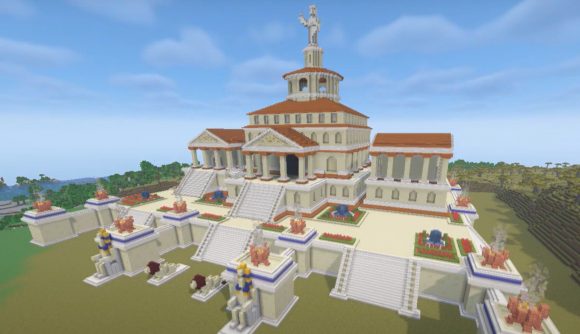 Minecraft and Civilization 6 aren’t necessarily games that you’d put together. Minecraft’s a sandbox game. Civilization 6 is a 4X game,. They’re not what you’d consider fast friends. Despite that, while the way you interact with the world is different in each, the core concepts of exploration, survival, and building are integral in both games. And there’s never a limit to the possibilities of Minecraft builds.

If you’re willing to commit enough time, you can actually recreate parts of Civilization 6 in Minecraft. In fact, a pair of Redditors is continuing to do so. LookosZero and their friend ChuteNNN have been recreating the wonders of Civ 6 for some time now, and have most recently recreated the Great Library.

The Great Library is an interpretation of the Egyptian Library of Alexandria that boosts your science in a variety of different ways. The monument isn’t particularly great in the game itself, but that doesn’t stop it from being visually striking thanks to a wonderful combination of columns and the mighty statue atop it.

While the finished build is cool, perhaps the most eye-catching aspect of the whole endeavour is that LookosZero made the video in the style of Civ 6’s building cutscenes. 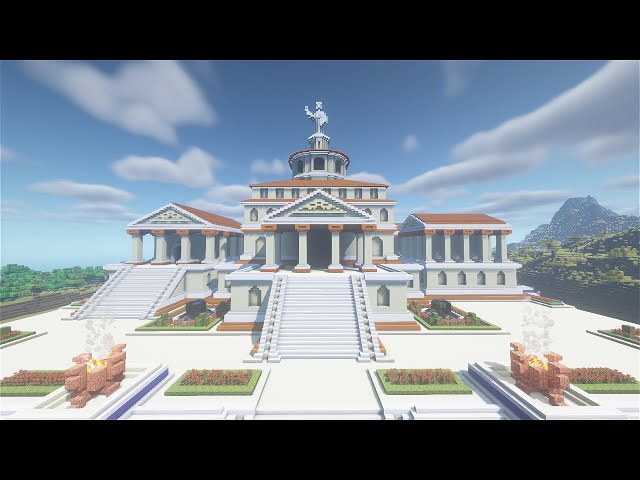 If you like the look of this, you’ll be glad to know that you can see all of the builds in a handy little YouTube playlist that is a mix of Lookos’s videos and their friend ChuteNNN’s too. Each video is under 20 seconds long, so you can quickly appreciate the builds themselves.