Stratosfest’s lineup is its “most impressive” to date, Mad Zoo explains in a press release, featuring Above & Beyond, Attlas, Darude, Ferry Corsten, Gabriel & Dresden, Hellbound, Ilan Bluestone, Jordin Post, Mat Zo, No, Mana, Olan, Qrion, and Tritonal across its two dates, October 23 and 24. Mat Zo himself will be treating festivalgoers with a special set of tracks taken from his new album Illusion of Depth.

As for what players will see in-game, Zo reveals that Stratosfest will play host to “the most fantasy-based” build Mad Zoo’s created yet. Set in a “giant island in the sky” with “crazy visuals” and a stage lodged in “a ruined shrine”, the venue will be packed to the gills with easter eggs for eventgoers to discover and shops for picking up some merch, enhancements, disguises, and other goodies.

To find out more about what Stratosfest will bring, why Minecraft’s the perfect place to hold it, and what the future might hold for the intersection of PC gaming and live music festivals, we spoke to Zo himself. 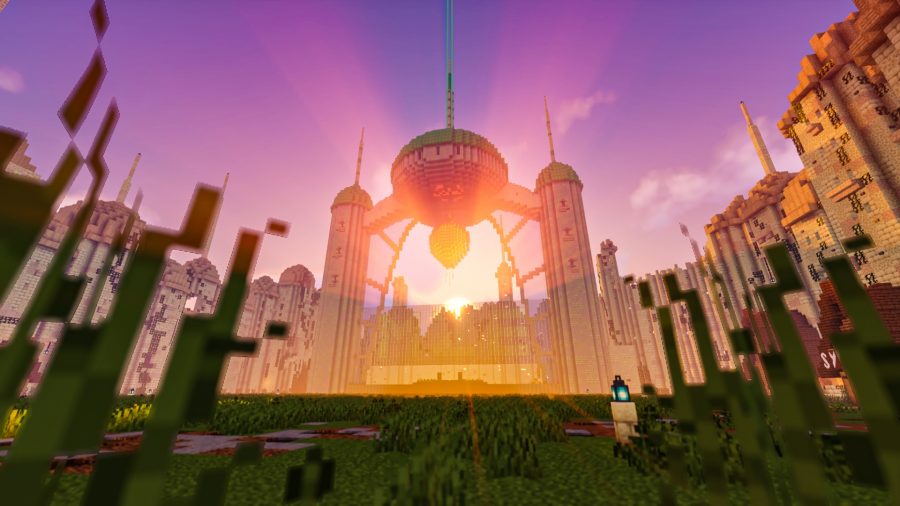 PCGamesN: How will Stratosfest build on your previous Minecraft shows? What will be similar or different?

Everything about this event is epic. We're pushing Minecraft to its visual limits

Mat Zo: We’ve done three successful events this year and the thing they all had in common was live visuals synced to the music, campgrounds, ‘enhancements’, and a sense that you just went to a real show. Stratosfest takes that formula and puts it on a bigger scale. Everything about this event is epic. We’re pushing Minecraft to its visual limits and surprisingly without too much lag.

What can festivalgoers do and see at Stratosfest?

Our venue is a giant island in the sky, filled with loads of hidden easter eggs for people to find. This build is the most fantasy-based we’ve ever done. The stage is set in a ruined shrine, and there you’ll experience our crazy visuals, and shops where you can buy merch, enhancements, disguises, and more. If you buy VIP access you get access to what we call the campgrounds, which is a normal Minecraft survival server with a few twists, and that’s open all year round. 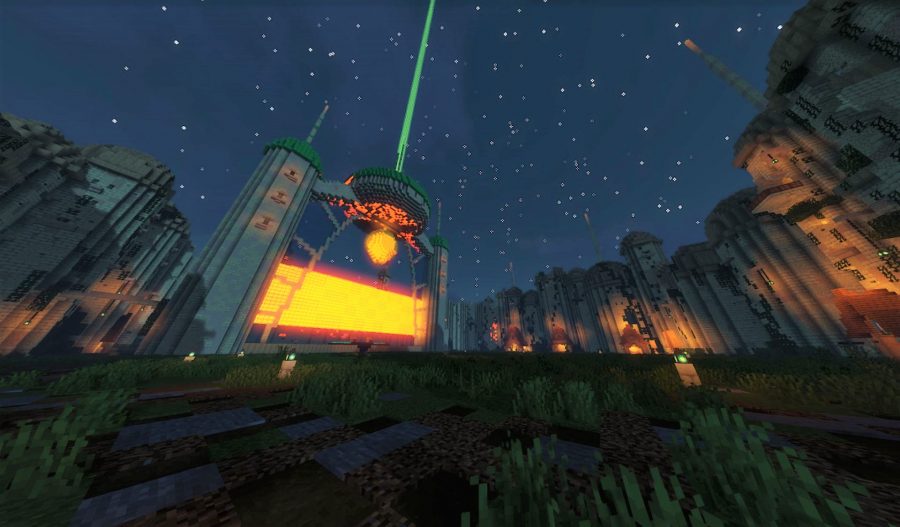 How do you see the intersection between live music production and PC gaming, especially considering the way the world’s changed following the global pandemic?

At least for the time being, it seems events are all going virtual in one way or another. I think there’s already a lot of overlap in the producer community and gaming community so it makes sense to work with what you’re familiar with.

What benefits do you think there virtual Minecraft shows such as Stratosfest have over the real, live experience?

Well, for one you’re not putting yourself or anyone else at risk. Also, it allows people who are in places where there aren’t many real events to have access to the culture. There’s also the fun factor – there’s so much more to do at a Minecraft event than stand around.

Where do you see virtual or livestreamed productions like this in, say, three years’ time?

There’s definitely a lot of investment from big business in virtual events. In three years’ time I bet VR will become more normalised and that will change things drastically, pandemic or not.

How do you see Mad Zoo’s shows factoring into this?

Minecraft supports VR, so as long as Minecraft is the easiest platform to DIY your own virtual event on, we’ll carry on doing what we know until a better platform comes along. 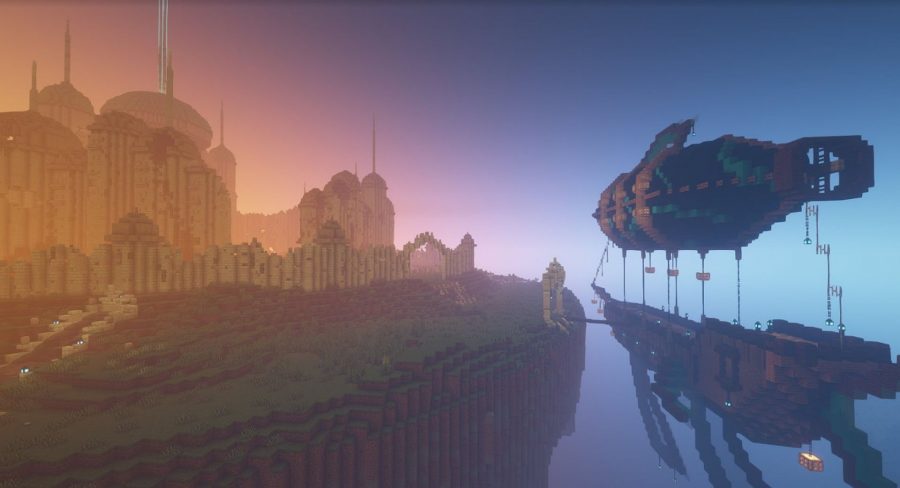 What is it about Minecraft as a game that makes it the right platform for the events you want to stage?

For one, it’s highly customisable. You can change nearly every aspect of the game and turn it into whatever you want. It’s also what me and my team know and love. We’ve all been playing for years.

There’s also the fact that it seems to have been built to be tinkered with. It allows you to get really creative with every aspect of your experience.

How did you select the artists and music for Stratosfest, and how do you factor music into the visual experience in Minecraft?

All of our events so far have been mostly very heddy bass music-type events. I wanted to do something different for Stratosfest, so naturally it made sense to do something trance-related, especially since my album just came out on Anjunabeats. I still wanted to make it a mixed lineup to a degree, with varying styles but all related to trance and techno in some way. This is our first ‘open air’ event, where there’s no ceiling on the venue, so we can play with light and dark a lot more.

Do you have plans for more events like this in the future events, even if/when things ‘go back to normal’?

People have been doing Minecraft events since way before the pandemic, so I don’t see why people should stop doing them if things return to “normal”. We’re in the very early stages of planning events for next year, but we’re keeping an eye on the situation in the world and treading cautiously, not making any solid plans yet. 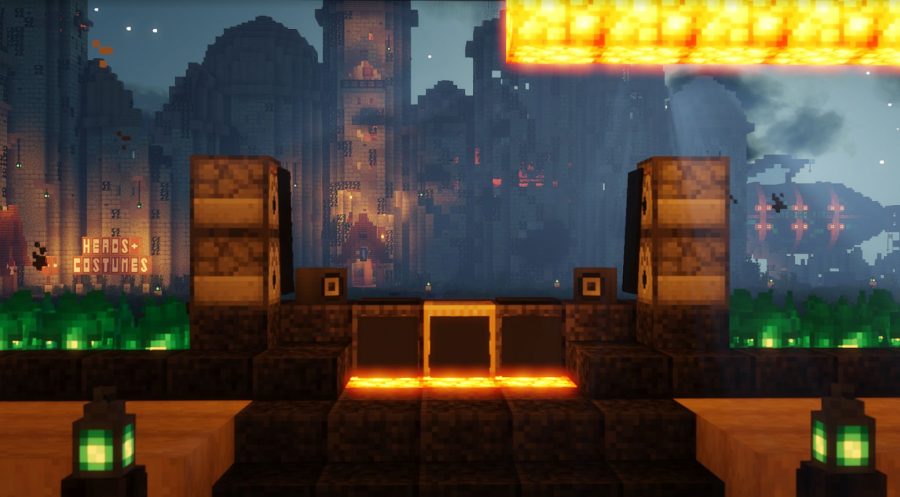 To what extent has feedback from your previous Minecraft events shaped or steered plans for Stratosfest?

The feedback we get is mostly positive, with people saying things like “I just felt like I went to a real event with my friends”, but we got some technical criticism which helps us improve. At our second event, a lot of people said the lights were off for too long and they couldn’t see their way around. Now we have certain things glow in the dark when the lights are off so you can get your bearings.

If you’re keen to know more about Stratosfest or book tickets to attend yourself, head to the event’s website here. It’s worth noting you’ll need to grab Minecraft Java Edition and pick up a ticket before the festival kicks off to attend.