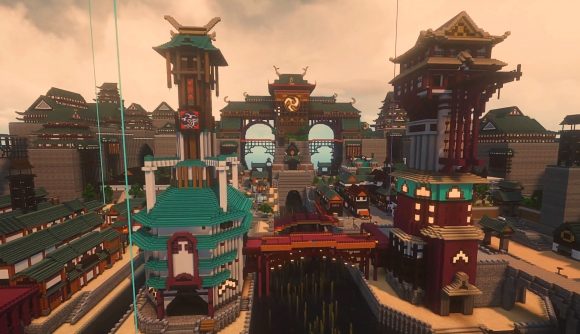 A Minecraft player has put a blocky spin on Final Fantasy XIV’s Kugane city, and it looks pretty darn impressive. I spotted ZombieSpaceApe’s build on Reddit while waiting in one of FFXIV Endwalker’s hefty queues, so I reached out to ask them a few questions – I mean, I certainly won’t be playing Endwalker anytime soon.

ZombieSpaceApe tells me that they were inspired by the presence of Kugane’s domineering tower and the challenge of recreating a build big enough to capture the sense of the eastern-influenced city adequately. “There is a certain permanence to Minecraft,” they say. “Once you build something, it’s on your world forever. As with all great art, like Kugane, it’s inspiring, and I selfishly wanted to have it forever. Not that it doesn’t exist in FFXIV, but there is certain ownership in knowing that you placed every block.”

ZombieSpaceApe tells me that they initially tried to lay the foundation by eye but swiftly ran into trouble. While one particular brick in FFXIV then gave them a sense of the spacing they needed in Minecraft, it wasn’t until they stumbled upon another area with ten bricks in a line that they had the “Rosetta Stone for the remainder of the build”.

It took the Minecraft fan around four months to complete the Kugane build, though it wasn’t without additional challenges. While you can float around in Minecraft’s creative mode, you have no such luxury in Final Fantasy XIV. As such, ZombieSpaceApe found it tricky to get the “proportion and appropriate detail” of specific places like the structures that line the castle wall. 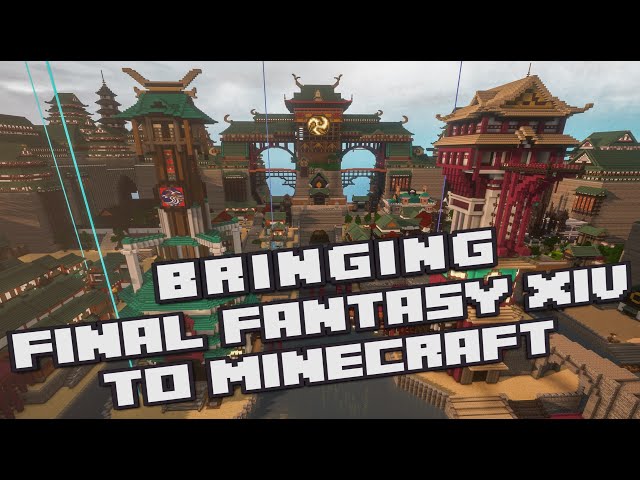 So, what’s next? ZombieSpaceApe tells me that they want to tackle Eulmore and potentially its interior, which will certainly keep them busy for another four months at least. They haven’t decided if they’re going to make the map available for download, though that’s partly because they’re not sure how to do that, exactly.

FFXIV has now got a round of fixes for Endwalker login errors, so you should have a better time getting in than I did. If you’re looking for some aid, though, our FFXIV Reaper and FFXIV Sage guides will point you where you need to go to get the new jobs unlocked.

For more cool Minecraft builds, you can click that link. Someone has spent 13 days building a giant Oreo in survival mode, and you know what? All the power to ’em.