How do you make fireworks in Minecraft? Whether you’re celebrating with your friends after a successful mining expedition, propelling yourself through the sky as you soar over the land using Elytra, or adding serious style points to your crossbow combat, Minecraft fireworks are incredibly fun to use. You also don’t have to worry about your Minecraft pets getting frightened, although the sound of fizzing and explosions might remind you of all those disastrous creeper encounters.

Minecraft fireworks won’t leave your Minecraft castle in ruins, although they will damage any creature in their path, so use them with care – or with reckless abandon; Minecraft is a sandbox game after all. The basic firework rocket isn’t much to write home about, but with the use of firework stars and dyes, you can create a stunning display to wow everyone on your Minecraft server – and the numerous combinations available can create 10.8 duovigintillion possible unique fireworks.

No need to use up resources experimenting; we’re here to explain exactly what each firework ingredient does, so you can craft the exploding rockets you’ve always dreamed of. 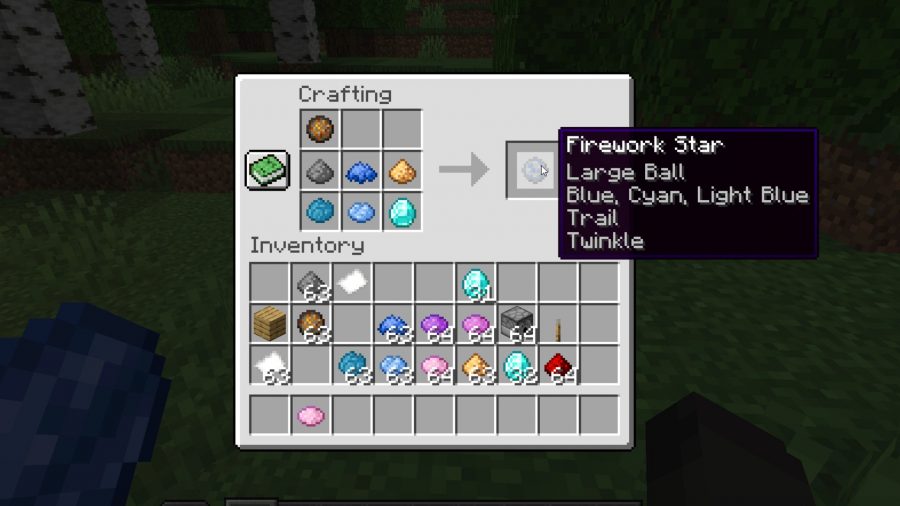 How to craft Minecraft fireworks

To craft a firework rocket, you need – at minimum – one paper and one gunpowder. You can add up to two additional gunpowder to increase the flight duration of the rocket – that’s how far it’ll soar.

Once you’ve created your star, you can add an additional ‘fade to colour’ effect by combining the star with any dye.

How to create a Minecraft firework display

Now that you’ve got your fireworks, you may be wondering how to set them off to create the ultimate show. When you use a firework on a block, it automatically fires – so if you want to be more precise with your timings and trigger the firework from a safe distance, you’ll need to put your fireworks inside dispensers, and use redstone to activate them. They will shoot in the direction they’re fired, but you can create diagonal trajectories by firing them through flowing water. YouTuber DigMinecraft has created a simple tutorial explaining how to set up a basic firework show in Minecraft – check out his video below. 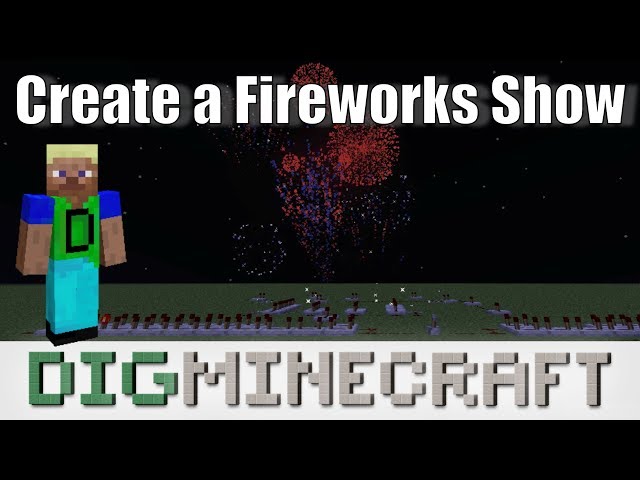 Fireworks are a fantastic way to propel yourself across the sky when using Elytra – using one while flying boosts you in the direction you’re facing. The duration of the boost varies depending on how much gunpowder was used in the creation of the rocket.

Crucially, you’ll want to leave out the firework star when crafting fireworks for this purpose, as the explosion effects they create will damage you. Ouch. As long as you don’t get your rockets mixed up, you’ll be free to happily zoom through the sky, exploring the far-flung reaches of your Minecraft seed. Just make sure you’ve packed enough fireworks for the return journey.

That’s everything you need to get started creating aerial art with Minecraft fireworks – why not check out our guide to Minecraft shaders and Minecraft texture packs to make your show even more impressive?