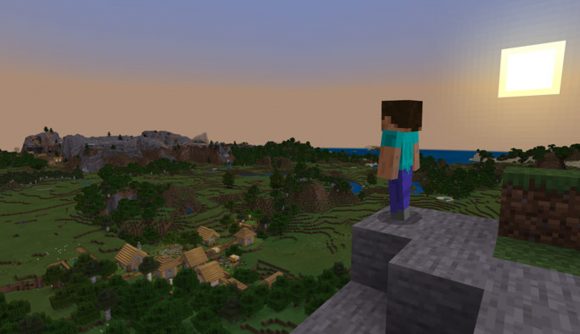 As if we needed any more credence for Minecraft being one of the most important videogames ever made, the best-selling crafting game‘s been inducted into the World Video Game Hall of Fame.

Described as “perhaps the most innovative construction toy of all time” in the video revealing the 2020 inductees (via PCGamer), Minecraft was chosen not just for its gameplay, but its community, too. Indeed, Minecraft has brought together and inspired players all over the world in all sorts of ways, from education, to game development and beyond, the nigh-limitless possibilities making it a platform all its own for creativity of every stripe. It remains the most viewed game on YouTube, and even the Vatican is getting involved.

The World Video Game Hall of Fame was established in 2015, Doom, Tetris, and World of Warcraft being among the inaugural inductees. It’s a wing of The Strong National Museum of Play, an American institution dedicated to the history of play. Other games already inducted into the hallowed halls of gaming’s elite include Halo, The Sims, Final Fantasy 7, and Solitaire, and joining Minecraft this year is Bejeweled, King’s Quest, and Centipede. Good company all around, really.

You can see the full rundown of this year’s inductees and the reasoning behind each here:

We’re inclined to agree with Minecraft’s place, given we listed it as one of our games of the decade. The block-builder’s legacy continues to expand, what with mobile AR game Minecraft Earth, and the recently released action-adventure Minecraft Dungeons. We have lists of the best mods and best skins, if this news inspires you to give it a try.