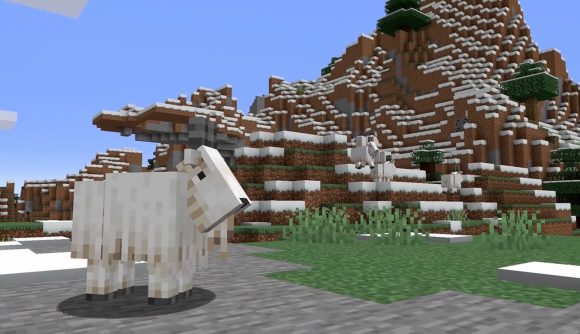 Ever since Minecraft’s 1.17 Caves and Cliffs Part 1 update, goats have wandered about the sandbox game’s mountainsides, randomly head-butting ill-fated adventurers off escarpments and eating tin cans, we assume. Thanks to a decade-old viral video, there’s a chance of running into a rare screaming goat – which it turns out are voiced by both actual goats and humans.

In a new video on the Minecraft YouTube channel, hosts Marilla (a computer) and Narrator (a narrator) explain that Minecraft’s goats were indeed inspired by the popular videos of goats screaming like humans that made their way around the internet about ten years ago. When the devs at Mojang sat down to decide what Minecraft goats would sound like, they had a decision to make: use recordings of goats screaming like humans, or use recordings of humans screaming normally.

They decided to use both. When you hear a screaming goat in Minecraft, there’s an equal chance of it being either a goat scream or a human scream. You’ll have to listen closely to figure out which it is when you run into one. 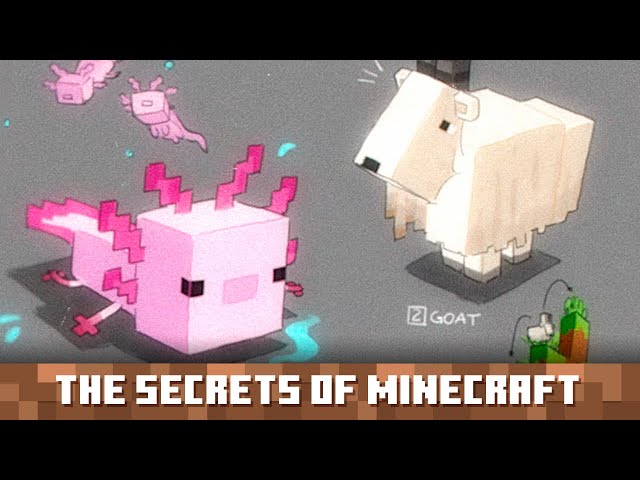 There are lots more fun facts about Caves and Cliffs in the video as well, including one about how dripstone caves were inspired by the Hang Sơn Đoòng cave in Vietnam, one of the world’s largest caves.