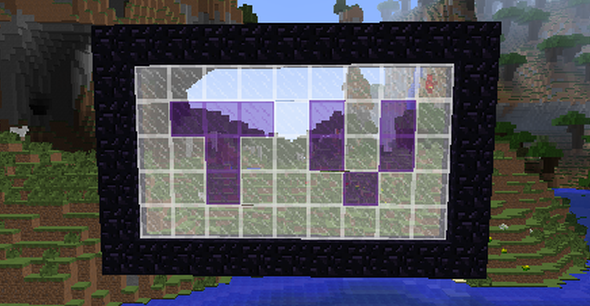 The oceans might have shrunk in Minecraft’s update that changed the world (to a 4000 block limit – positively tiny, until you realise that’s the same as an entire map on Xbox), but at least it’s not going to be short on streams.

That’s a pun, or play on words – for streams, you see, are what we in The Business call the live footage found on Twitch, where Minecraft regularly draws in several thousand viewers at once. Sensible, then, that Mojang have partnered with Twitch to bring one-click broadcasting to the game itself.

The integrated functionality was announced at Minecon this year, and has proven be “very stable” in recent snapshots – the test releases Mojang push out every week.

Before starting up the game and blabbing your approval to a new audience, however, you’ll want to visit your Mojang settings and tie your account to a Twitch equivalent. After that, you can fiddle with the quality settings in-game via the new ‘broadcast options’ menu, or begin streaming at any time by hitting F6. Just don’t be the first numpty to thwack it by accident during a creeper disturbance and broadcast your screeching to a potential audience of, ooo, tens.

Twitch integration is only supported on Windows, from Vista up, and Mac OS X Lion (10.7) or higher. A new in-game help function should see you past any teething problems.

As always, you’ll need to create a new profile in the Minecraft launcher before downloading the pre-release version of an update. Call it ‘snapshots’, and tick the box marked ‘Enable experimental development snapshots’. From there, 1.7.3 should show up automatically.

Incidentally, I’ve just noticed that there are more Twitch users currently watching the Starbound beta than Minecraft. That game is going to be ginormous, isn’t it?