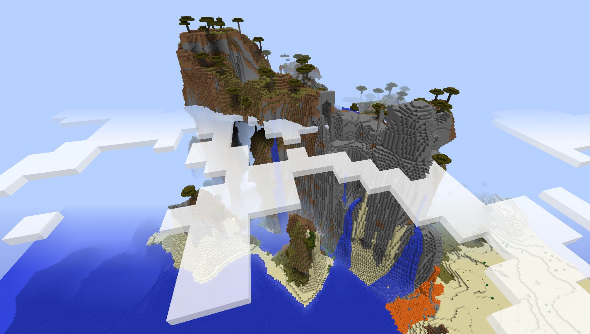 After seven pre-release versions, Minecraft 1.8.2 was released into the wild yesterday, adding a few minor changes since pre-release 7. But that was yesterday. That was the past! 1.8.2 is dead, replaced by the usurper, 1.8.3. That was quick.

According to Mojang, a serious bug in the 1.8.2 server caused the game to crash on world load, necessitating an update to 1.8.3. Not a very glamorous update, unfortunately.

1.8.2 was mostly bug fixes, like fixing udders, but also reverted explosion physics back to the way they were before a July snapshot, and performance was also improved.

Way more important than any of that, however, was the name change feature. Since February 4th, name changes have been possible through the account page.

Mojang is already working on 1.9, which will include changes to the Ender Dragon so that it acts more like the console version.