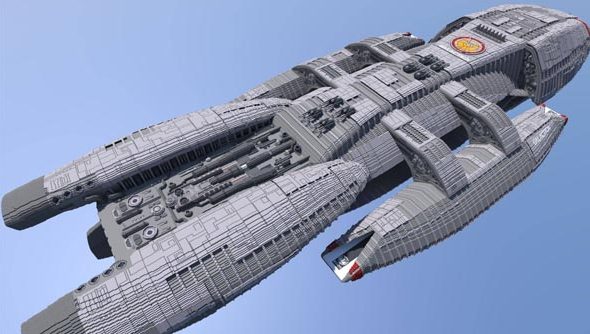 Well, Minecrafters have done it again, this time a vast and detailed recreation of the Battlestar Galactica. They’ve even gone and done the greebling. I say ‘they’, which makes it sound like a team, when in fact it was made by one Ragnur le Barbare.

Check out some more screens and details below.

We first spotted it when a screenshot appeared on Reddit, posted by OliverFrenchie, who, according to Barbare, “he is my official PR person/redditor”.

Again, according to Barbare, the model is only 40% complete, this is because he doesn’t want to leave it at just the outer shell – which took him 14 weeks to make – he wants to do the entire interior also.

It really is quite stunning to look at. Check out this gallery of its construction.