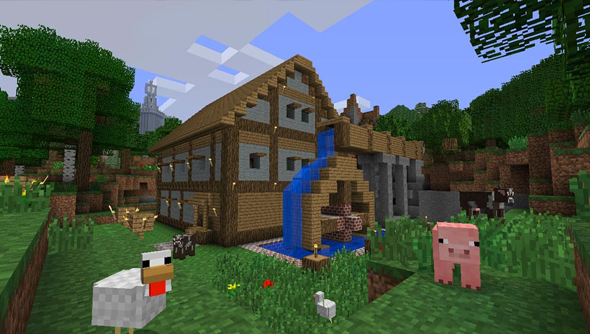 The Minecraft community descended on Orlando this weekend to attend Minecon and learn all the juiciest bits and pieces about the game they love. Top of the billing was the news that Minecraft will soon be integrated with Twitch streaming-friendly features.

The move should make it much easier for wannabe streamers get started.

“Minecraft has struck a very powerful chord with the Twitch community,” said Matthew DiPietro, VP of Marketing, Twitch. “Its constantly escalating popularity illustrates that people love to watch video games outside of the headline grabbing eSports titles. Expect a watershed moment for both players and spectators once the ability to easily broadcast gameplay directly to Twitch goes live.”

The integration will allow players to easily begin streaming their play to their Twitch account without having to faff about with software outside of the game. Placing Twitch within the game raises its visibility to folk who may not be too aware of streaming, a move that could spawn many new streamers.