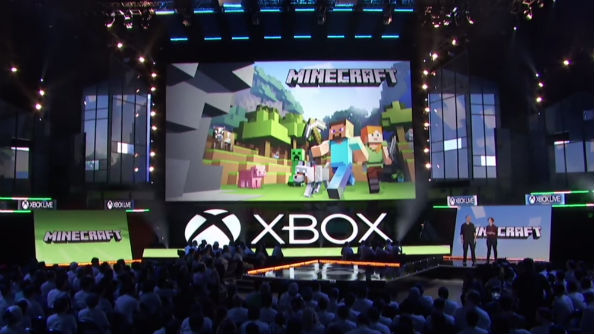 Wouldn’t it be nice if you could play Minecraft on PC while someone with you plays it on tablet, or console… or their phone? Rhetorical questions aside, yes you can now do that. Minecraft’s most recent update – tellingly named the Friendly Update – is big news for gamers who have been stopped from playing multiplayer with friends and family because of a lack of systems or ownership of different systems.

The reveal came during the Xbox E3 2016 conference and was accompanied by a demo where those onstage played Minecraft together, in the same server, across iOS, Android and Gear VR devices all in Minecraft Realms. In short: that’s cross-play for PC and mobile. Check it out below.

Also coming to Minecraft via the Friendly Update are: