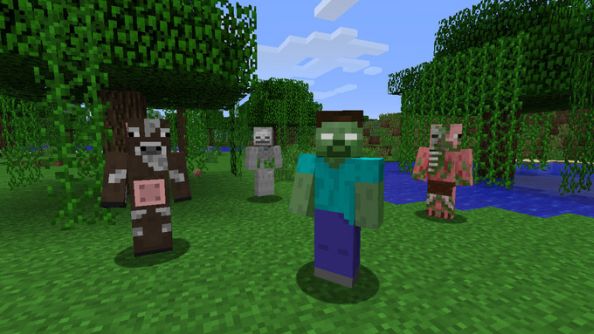 Update: Name changes are now live! Mojang have announced that you can now change your profile name from your account page. Be sure to log out and log back in again to make the change.

Identity is already a flux concept in the most successful indie game ever made thanks to Minecraft skins. You can swap Steve’s face for the anonymity of a creeper cowl at a moment’s notice – and if you think can squeeze your own face into a fistful of pixels, you can go right ahead and draw it.

Minecraft names have been less variable – but they’ll come unstuck with the changing winds next month.

Mojang plan to make name changing available on February 4. They won’t charge for the privilege or any of that MMO malarky – you’ll be able to type a new moniker directly into your Mojang account page.

You’re not going to be calling yourself Notch, however, and probably not even Notch426 – names will remain unique, so the gone-solo creator of Minecraft will have to change his before you can have it. There’ll also be a 37 day wait before any old name becomes viable.

You can change your title as many times as you like – but you’ll need to wait 30 days between switcharoos.

Everything else in the game will remain as is. Banned players will stay banned regardless of any cunning re-brands – though modders might take a little time to adapt to the new system.

One more thing: a sign-up quirk between 2010 and 2012 meant it was possible to register a Minecraft username before paying. Those unpaid-for epithets will be released to the Minecraft-playing public alongside the name change feature in February.

Got all that? Who do you plan to be this time next month?