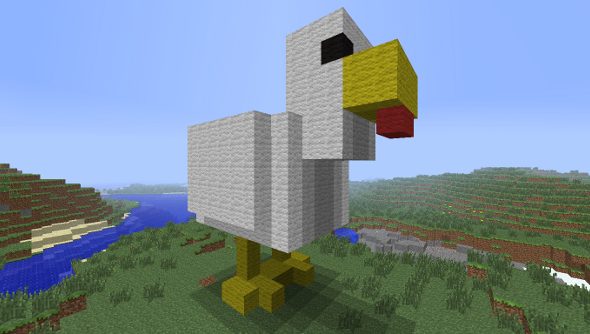 More than double the number of people living in Scotland now own Minecraft on PC. Crikey. That’s a lot of abused chickens and exploding creepers. The blocky sandbox doesn’t appear to be losing steam, selling a million copies over the last few months, making its early success in 2011 (and before during alpha and beta phases) not a very big deal in comparison.

I attempted to relay this news to my flatmate and his son, who are rather big fans, but both of them were too busy doing weird things with lava and sheep, one on the PC and the other on the phone. Wait… there’s shouting now. I believe zombies are attacking. I wish they’d be quiet, I’m trying to work.

While most players are busy constructing all manner of architectural monstrosities on PC, the combined sales across all platforms is well over a staggering 30 million.