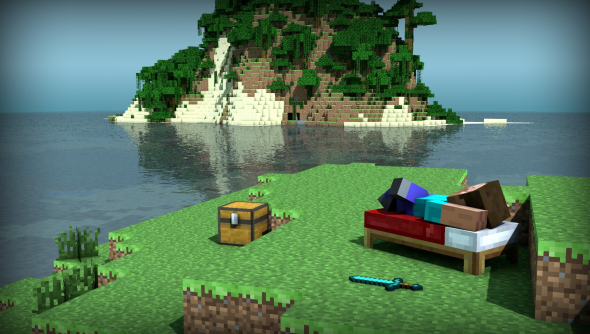 We knew Minecraft was big. It sold more than 17 million copies and last year Microsoft were pretty keen to spend $2.5 billion to acquire it. Now we’ve an all new reason to drop our collective jaws: Minecraft regularly has more than 1 million players playing at the same time. That’s more than Dota 2, the far and away biggest game on Steam.

Nathan ‘Dinnerbone’ Adams revealed the figures on Twitter, saying Mojang only recently added the capability to track the data:

For the first time ever, we finally have the capability to see how many people are currently playing Minecraft right now. Holy crap.

There are currently over 998,000 people playing Minecraft right at this moment. It is not even remotely close to being a peak time.

I could have waited 5 minutes to say 1 million, but nobody would believe that. 😀

Adams didn’t reveal what the number became at peak time but Mojang may well be preparing a statement/infographic/messenger pigeon with those details for later this year.

Lots of people kept saying “people only play Minecraft in multiplayer”, well turns out almost exactly 50% of players are in SP at any moment