Following last week’s 1.8 infodump, a few more interesting facts about the new snapshot 14w02 have emerged. Stone crafting, trading XP, and villager breeding will all feature. Plus, there’s some stunning work going on in the Minecraft community, including a new shader pack that will make your game look like this.

It seems like granite, andesite and diorite spawn in pockets in the ground, as commonly as dirt and gravel pockets. It’s also possible to craft each individual stone using regular cobblestone and nether quartz, if you just need a few more blocks for your structure and don’t want to head back into your mine, then there’s a quicker solution.

Trading now gives XP as well as items, and a mechanic of “willingness” has been introduced for villager breeding – you’ll only be able to get baby villagers if both parents are “willing”. To get a villager in the mood, you’ll need to trade with them. Whatever turns you on, I guess.

Finally, carrots and baked potatoes have been nerfed – they don’t restore as much hunger now, but one exciting change has been made to furnaces for people who don’t like dividing by eight – when one runs out of fuel, you don’t lose smelting progress any more. Instead it merely pauses. Hurrah!

Other than that, not too much news out of Mojang this week except that Dinnerbone is “working on a long requested feature”. It might be “giant ravens that eat olives”, but probably not. Let’s move over to the community side of things. 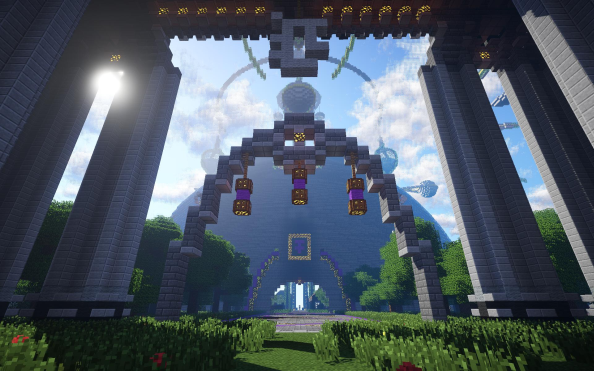 Sonic Ether, or Cody Darr, has been making incredible progress with his shader mod. The latest version yields screenshots that look like this – with stunning volumetric clouds and visibility that changes depending on the weather. It’s a bit of a fiddle to install, and seemingly doesn’t work with 1.7 yet, but if you want your worlds to look incredible then it’s the best option available.

Another build that spread across the web this week was this wonderful recreation of the world of Hayao Miyazaki’s Spirited Away in Minecraft. It’s beautifully put together from top to bottom, with custom textures and incredible attention-to-detail. For more, head over to spiritedawayminecraft.com.

Two creations that impressed me this week were this underground farm by OGSphere, which comes complete with a slightly-disturbing slaughterhouse and restaurant right next door, and Sethbling’s impressive claw game that uses the features found in snapshot 14w02c.

Finally, have you ever wondered what would happen if Steve was a mushroom? Red_Nomster has, and posted this series of images on Reddit telling his story, followed up a few days later by a second story. Baffling, but wonderful.

Right. I’ll leave it there for today. If you’ve seen anything in the Minecraft community that you think I should be highlighting, tell me about it by dropping me an email. I’ll be back with another roundup this time next week.