February 24, 2020 The Hogwarts Minecraft map has a playable Alpha.

It’s pretty clear from the Harry Potter books and movies that if Hogwarts was real, it would be huge. But that hasn’t stopped modders from recreating the school of witchcraft and wizardry as a ginormous map inside vanilla Minecraft – with quests, puzzles, trade, and so much more included. Best of all, there’s a playable Alpha version live now.

Modding group Floo Network has posted a gameplay trailer on YouTube for their creation, the Minecraft School of Witchcraft and Wizardry, which you can check out below – and it’s super impressive. From the iconic great hall packed with students and candles floating overhead to the grand staircase, the Defence Against the Dark Arts classroom to the Herbology greenhouses occupied with squealing mandrakes, and Hagrid’s Hut to the Chamber of Secrets – just about every Hogwarts location you can think of is recreated in the sandbox game’s blocky artstyle.

The trailer reveals you’ll be able to “attend Hogwarts,” with classes, quests, and what appear to be fully interactive puzzles to complete, and even “secrets and mysteries” to uncover. Plus, you’ll get to explore it solo or with your pals – your choice.

The adventures don’t end at Hogwarts’ doors though – there are other locations from the Harry Potter universe included, too. There’s a full recreation of Diagon Alley, which you can head to for trading, Hogsmeade, Weasleys’ home The Burrow, and more. There’s even a faithful adaptation of the purple Knight Bus, three tiers included. 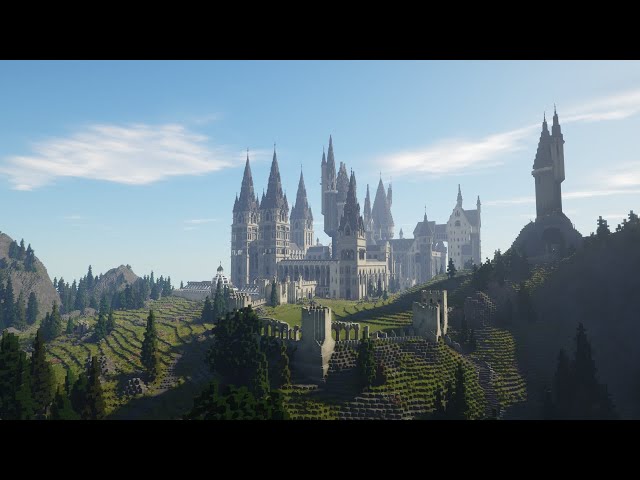 If you’re keen to get stuck in, it looks like you now can – the Alpha 0.4 version is available at Gumroad here. The creation is “a passion project and labour of love”, the creators say. “It is free to download and play, but you can choose to donate a few dollars when downloading to show your support for our project and the work that we have done.” The page contains separate links depending on whether you wish to donate to the development team.