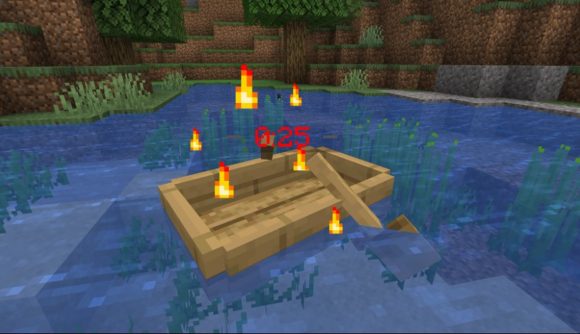 If you were finding Minecraft a bit too simple, this data pack turns it into an anxiety-inducing survival game. Almost everything you get close to in the building game becomes a time bomb, and there’s no way to defuse it once it’s lit.

The mod comes from iGrantastic, and it’s available on Planet Minecraft. In essence, items, monsters, animals, and arrows all come fitted with an explosive device that starts counting the second you reach a certain radius. Step within five blocks, and you have a certain amount of seconds to get out of there, or pick up, kill or appease whatever’s in front of you. Once a bomb starts, those are the only ways to turn it off, you can’t defuse it.

When implemented, you do have control over the fuse time, and can alter the display effects. The Ender Dragon, the Wither, falling blocks, frames and some other specific creatures and objects can’t be made explode, and you can go nuclear by dying a sheep pink. Probably inadvisable, but it’s your Minecraft map, do what you like.

iGrantastic posted a clip to Reddit, demonstrating the mod:

The next Minecraft update, Caves and Cliffs, is on the way soon, and Minecraft’s ore textures are changing. We’ve a list of the best Minecraft servers, and here’s Rohan and Minas Tirith from The Lord of the Rings, why not.