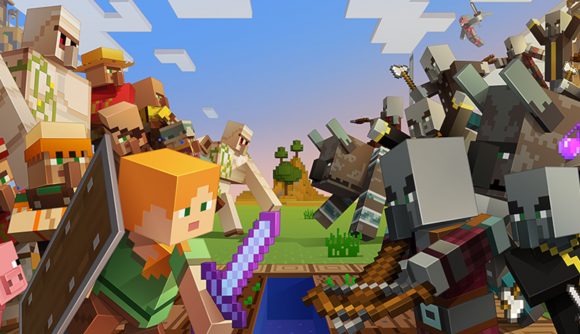 There’s a Minecraft movie on the way. Yes, for real. It has a plot, and a director, and a studio. It used to have a release date, but that’s no longer the case, as Warner Bros has delayed pretty much its entire slate. The Minecraft movie was originally set to launch in 2022, but it’s been pushed back with no new date yet announced.

Minecraft: The Movie – I assume that would be the name, they never actually confirmed it – was originally going to release on March 4, 2022. The Hollywood Reporter revealed that The Batman is now scheduled to launch on that date, and films including Dune, The Matrix 4, The Flash, and Shazam! Fury of the Gods have all been pushed back to new dates. The only delay besides Minecraft without a new announced date is Black Adam starring Dwayne Johnson.

The Minecraft movie was announced as a live-action feature film back in April 2019, starring a teenage girl and a band of adventurers on a quest to save the Overworld from the Ender Dragon out to destroy it.

Now we’re going to have to wait substantially longer to find out how any of that could work in live action.

For now, you can dig into some Minecraft seeds or Minecraft maps to fill out the, er, years before the film finally launches.