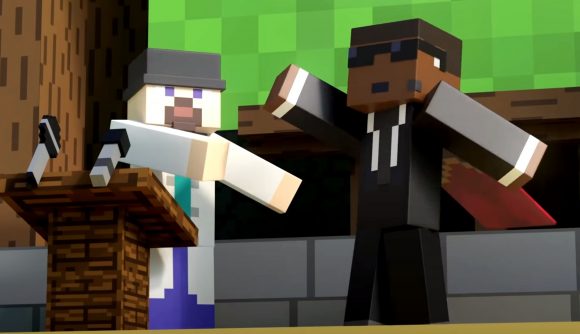 One of Minecraft’s best features is its music. It’s easy to get lost in hours of building, spelunking, and hunting as a tranquil assortment of tunes backs you up. I’m a sucker for anything with good music which is probably why I’m enthralled with this Minecraft mod that its creator shared on Reddit.

The mod works by syncing the building game’s sound effects to music. Chipping away at blocks adds some light drum work to the track, whereas hitting a zombie will make it heavier. Seeing the game’s music react to your actions reminds me of Tetris Effect and Crypt of the Necrodancer.

The mod isn’t available for download right now as creator Rebane2001 explains on Reddit that using the mod is complicated as you have to manually set the BPM, so it’s “not very user friendly”. That said, the modder is thinking of ways to add integration that automatically gets the song playing and syncs it. They’re also thinking of creating a mod that works similarly to Crypt of the Necrodancer – making you move to a beat. I’d be all in.

If you’re looking for more Minecraft mods to check out, you know where to click.

In other Minecraft-related news, we recently found out the game is getting a new update next summer called Caves and Cliffs. The main three pillars Mojang is building the Minecraft 1.17 update around are spectacular mountains, more strategic mining, and an underground that feels cooler to explore.