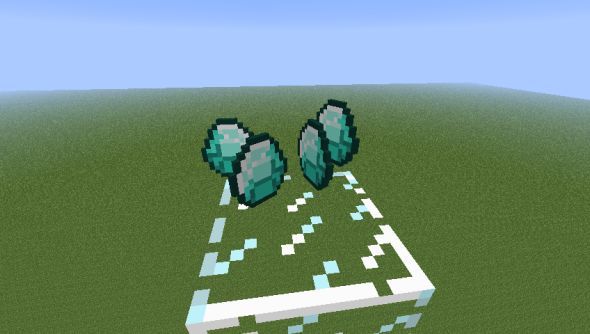 As long as you have your graphics set to “fancy,” this snapshot means you’ll now be able to view any item as a 3D object rather than the 2D sprites that they used to be. As well as fireworks that now pop, Mojang have also included a new type of enchantment, known as “Thorns,” which can be placed upon armour and which causes anything mob that hits you in melee to also harm itself.

You can download the new development snapshot from Mojang’s site here, but it you’ve never tried installing a new snapshot before then I’d recommend you have a look at our how-to guide first.

As well as those mentioned above, there’s a host of other changes that have been made. Here’s a (not exhaustive) list taken from reddit at around 2:30pm today:

There’s a whole bunch of other bug fixes, too: