Fans of any game are always looking to change the rules of play. Whether that be modding or glitching through walls it’s regularly a way to make a game easier, however this Minecraft player made life very difficult for themselves by completing the game without mining a single block (via PC Gamer).

A few questions might arise here, how does one ‘complete Minecraft’, two, how did he do it, and three, why? The first is simple, although Minecraft can essentially run forever, there is in fact a way to roll those all important end credits, namely defeating the Ender Dragon. The second question is answered in the video. It took a lot of stealing from unfortunate villagers, setting off Creepers, and TNT usage. Hey, they didn’t claim to not destroy blocks, just never mine them. And three Hegsey, the player, hasn’t really given us the answer to ‘why’ yet.

There’s a lot of cleverness included in the video and no doubt Hegsey must have an incredible knowledge of the game and all its aspects to have pulled off something this difficult. After only 3.63 hours – Minecraft’s metric, not mine – of working their way through finding the right materials and armour, the brave adventurer prepared to face the Ender Dragon.

Even with their incredible amount of knowledge, it could have been all for nought if the ender portal wasn’t in the right place. Luckily it was and we get to witness a fantastic fight with some truly remarkable bucket tactics. As the dust settles, and just to prove the account never mined, Hegsey scrolls through the statistics just to show you the promise was fulfilled, not a block mined in sight. Completed the game by only mining his own business. 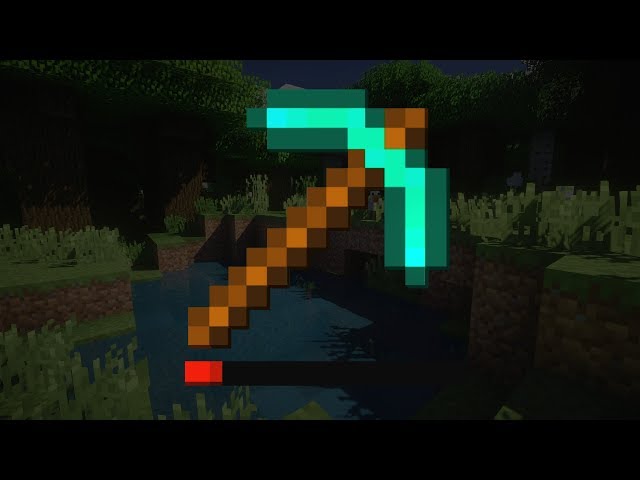 It’s all very impressive, in all honesty, especially when the literal name of the game is to mine for all the items you could need. The player, Hegsey only has that one video on their YouTube channel but maybe he’ll post more Minecraft content in the future.

If you like the look of the shader Hegsey used, it’s a Sildur’s shader which happened to be included in our list of the best Minecraft graphics mods around.