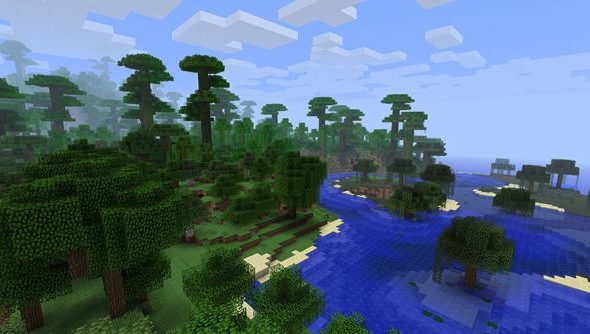 If you’ve ever wanted immerse yourself in Minecraft – no, not by accidentally digging through to some molten lava – then you’re in luck, as proper Oculus Rift support has just been released for the Windows 10 edition.

Explore our list of the best Minecraft seeds in VR.

What difference does that make? Probably quite a bit, especially when it comes to playing the game comfortably. Playing VR games where you move around with a controller makes you feel ill, you see.

Here, though, the creators have added a couple of tweaks to make it more bearable, like how you can only turn in increments, instead of a single smooth motion. There’s also the ability to get a little distance – the click of a button pulls the view out so you’re sat on a Minecraft sofa, playing Minecraft in Minecraft on a blocky little virtual TV set.

Have a look at it in action below: