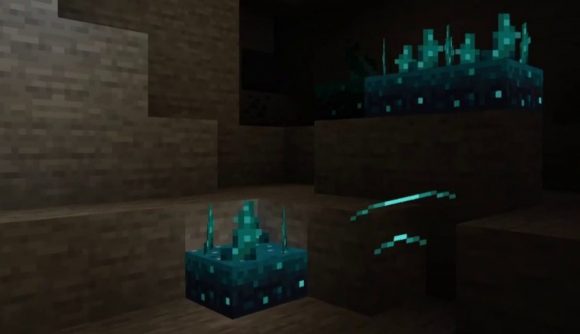 The Minecraft 1.17 Caves and Cliffs release date isn’t due until summer 2021, but Mojang has just released a new snapshot for the building game’s Java edition to give you an idea of what’s to come with the new update. A snapshot that is “full of tasty Caves and Cliffs features” was also released last week, and showed off some very cool stalactite and stalagmite features.

Snapshot 20w49a introduces the spooky sculk sensor. This tendril-covered sensor detects vibrations within an eight-block radius and puts out a Redstone signal. Luckily, you’re able to sneak by undetected if you don’t want to activate it. The sculk sensor can be waterlogged, which has led to people calling it an underwater version of Redstone. The most efficient tool to mine sculk is a hoe.

You can also see the new Dripstone biome, though do keep in mind that it doesn’t generate naturally yet. If you want to see it in action you’ll need to create a single-biome world with dripstone caves.

The new snapshot also has numerous bug fixes for stalactites, stalagmites, and copper, as well as stability and performance improvements to keep things running smoothly. Most of the technical changes you will find in the snapshot notes relate to the addition of sculk sensors to make sure they sense game events correctly.

You can watch a full walkthrough of Snapshot 20w49a down below, thanks to Slicedlime. 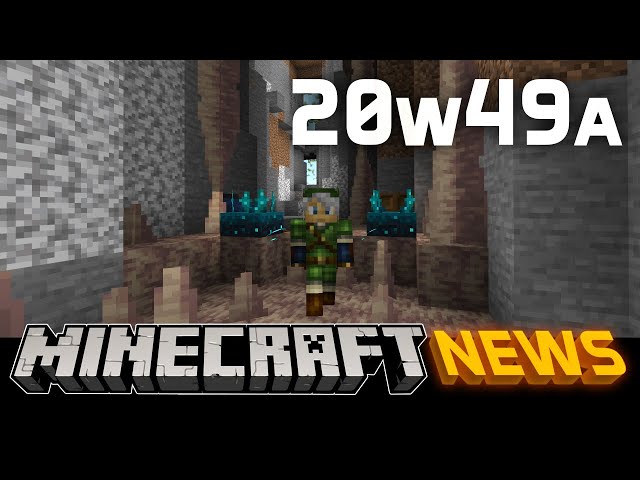 If you are looking for more Minecraft content, take a look at the best Minecraft mods, Minecraft servers, and Minecraft farm ideas.