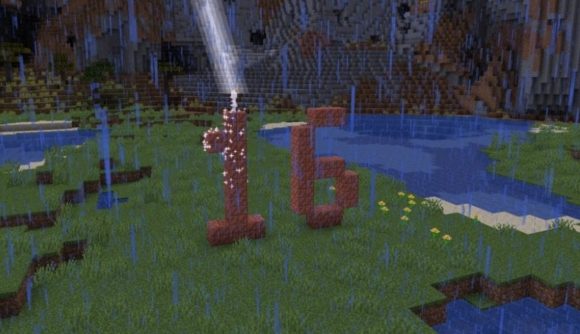 Another week, another Minecraft snapshot. These beta tests are giving us an idea of what to expect for both parts of the big Caves and Cliffs update, but snapshot 21w19a is more about taking things away than adding them. There is one massive change to make note of here – Minecraft is getting “twice as much Java”.

Minecraft is getting updated from Java 8 (first released in 2014) to the much more modern Java 16. If you’re using the default launcher, you’ll automatically get the Java version you need. There won’t be any major visible changes here, but this update could improve your Java Edition performance, and will make things substantially easier for modders going forward.

This snapshot also removes the sculk sensor, bundles, and candles that have been implemented in previous releases. The devs describe these as “unfinished” – so you probably shouldn’t expect to see them return even in snapshot form until the run-up to part two of the Minecraft 1.17 release date.

We are also getting the option for longer item names through the anvil UI – it’s now a maximum of 50. You can get full details on what’s changing on the official site.

For details on how to get into these Minecraft beta versions, you can follow that link.