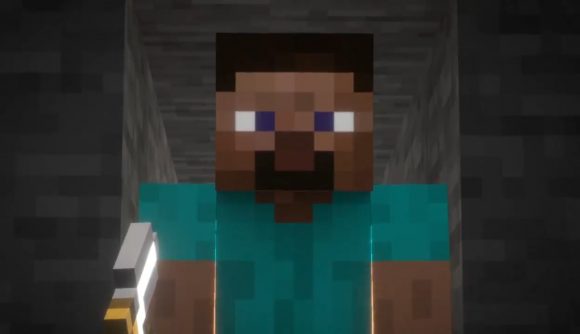 In its ongoing quest to unify every existing videogame universe, Nintendo’s Super Smash Bros. Ultimate has announced a Minecraft crossover, with Steve, Alex, and several other iconic Minecraft characters arriving in the roster as part of the Fighters Pass Vol. 2.

Being a PC-focused site, we normally have to watch from afar when there’s a new Smash Bros. fighter added to the growing list, but Steve and Alex got their start on PC, so we’re duty-bound to point that out. Plus, this looks like a truly creative addition to Smash Bros., with special Minecraft stages, a new block-building mechanic that works on all existing stages, and the ability to swap in the Enderman or Zombie as alternate fighters.

Nintendo’s presentation is fun, and throws a lot of ideas out at once – it’s not immediately clear which Minecraft elements are there for show, and which ones will be present in the game when Steve and Alex arrive as the 77th addition to the current Smash roster. After digging Mario out of a cave, Steve/Alex is seen munching a pork chop, building a pillar, riding a railcart, and setting off a TNT block with a trail of redstone.

Steve and Alex from @Minecraft are joining the #SmashBrosUltimate roster! Get ready to mine and craft your victories on the battlefield! pic.twitter.com/CtBNfENjEE

The Fighters Pass Vol. 2 is available in the Nintendo E-shop for $24.99. We’ll find out when the release date for the Smash Bros. Minecraft DLC is when it’s announced October 3. Until then, check out our list of the best fighting games on PC, or try this list of great Smash Bros. alternatives you can play on PC.